Police say a woman is dead and a man is recovering in the hospital after a drive-by shooting at a southeast Atlanta gas station.

ATLANTA - A late-night drive-by shooting in Atlanta has left a woman dead and sends a man to the hospital.

Police say the victims were outside a Chevron gas station in the 1600 block of Lakewood Avenue. Around 10:30 p.m. Tuesday, a dark-colored SUV and another vehicle pulled up, and the people inside started shooting.

Paramedics rushed the woman, who is described as being in her mid-60s, to the hospital.  Sadly, doctors couldn't save her life.

The male victim was grazed by a bullet. He took himself to the hospital and is expected to survive. 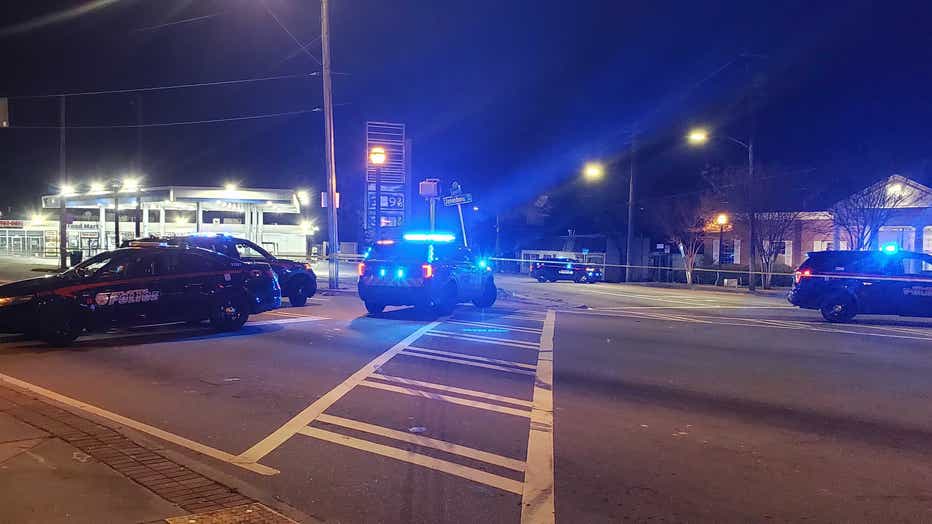 Police say numerous shots were fired. Officials couldn't confirm with FOX 5 how many shot but did say they collected what's being called a substantial amount of ballistic evidence from the scene. Investigators are also using store surveillance video to piece together what happened.

Both the dark-colored SUV and the other vehicle were last seen heading north on Lakewood Avenue. No description has been released of the second vehicle.

At this time police don't think this was a random crime but wouldn't say if they think either or both of the victims were the shooters' intended targets.

If you have any information that could help investigators, please call the Atlanta Police Department.