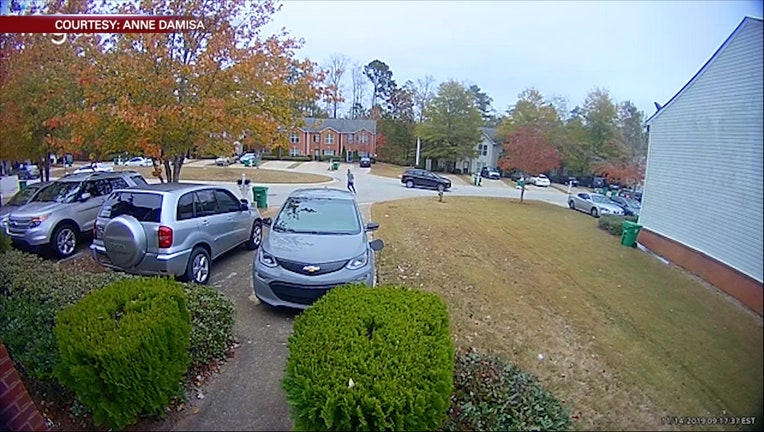 DECATUR, Ga. - A 66-year-old woman was carjacked at gunpoint in the driveway of her Decatur home on November 14, according to DeKalb County Police documents. She told police she had just returned home from the bank.

The incident was caught video thanks to her neighbor's Ring security camera.

In the video, you can see a black SUV drive past the woman's car shortly after she pulls into her driveway.

The SUV circles around and then a man runs out of the passenger's side.

According to the police reports, the man ran up to the woman and demanded she hands over her keys and cell phone.

The footage then shows the man get in the woman's car and drive away.

Simmons was arrested on November 16, just one day after the car was stolen.

According to documents, an officer spotted the car while patrolling and tried to pull Simmon's over.

Simmons did not stop and almost hit the officer when he tried to get away.

Documents also say he hit a patrol car as he attempted to flee.

Simmons was arrested and now faces charges for armed robbery, driving on the wrong side of the road, and obstructing or hindering law enforcement officers.