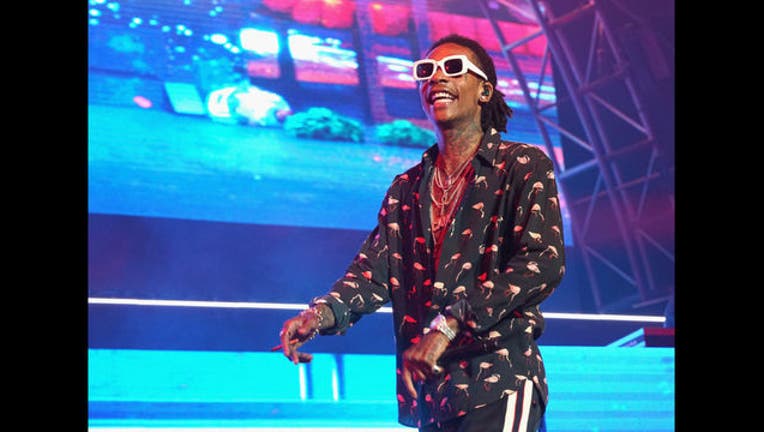 Wiz Khalifa performs onstage at night one of the 2017 BET Experience STAPLES Center Concert, sponsored by Hulu, at Staples Center on June 22, 2017 in Los Angeles, California. (Photo by Bennett Raglin/Getty Images for BET)

Wiz Khalifa's video for "See You Again" featuring Charlie Puth became the site's most-watched video Monday and has more than 2.896 billion views as of Tuesday. That's about 2 million more than the video for Korean rapper Psy's 2012 smash "Gangnam Style," which held the most-viewed title for five years, YouTube said.

Puth reacted with surprise on Twitter , noting that he joined YouTube in 2007 hoping to make a video that would hit 10,000 views. Puth also earned a congratulatory message from YouTube star Tyler Oakley, who called the feat "legendary & epic."

Wiz Khalifa said in a statement that he's happy the song has been able to "inspire and impact so many lives."

"See You Again" was released in 2015 as a tribute to late "Fast and the Furious" star Paul Walker.