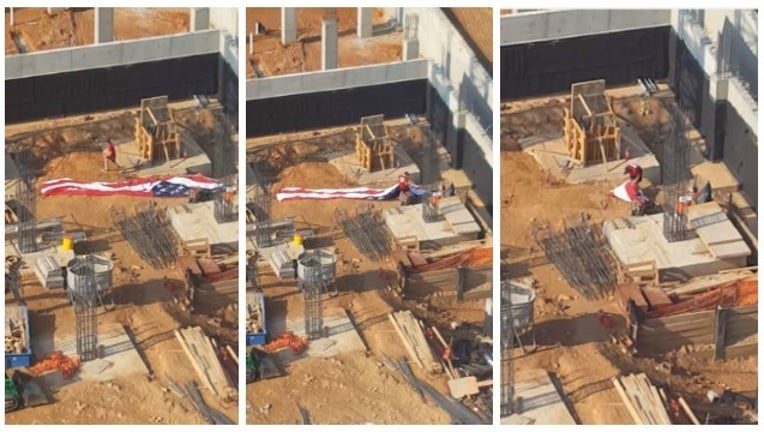 ATLANTA - A FOX 5 viewer witnessed a touching act of patriotism on the Fourth of July in Atlanta.

Chanel Noisette said after the Peachtree Road Race Monday morning she saw a man, who appeared to be a runner, picking up a large American flag off the ground.

Noisette, who said the flag fell on Sunday, was inside her high-rise condo on 12th Street Northeast when the man walked up to the flag. He then folded it by himself and picked it up off the ground.