ATLANTA - The country came together to honor the life and legacy of civil rights leader Dr. Martin Luther King Jr. on Monday.

This year, the COVID-19 pandemic has forced the service to be virtual, a move that "saddened" King's daughter and CEO of the King Center Dr. Bernice King. 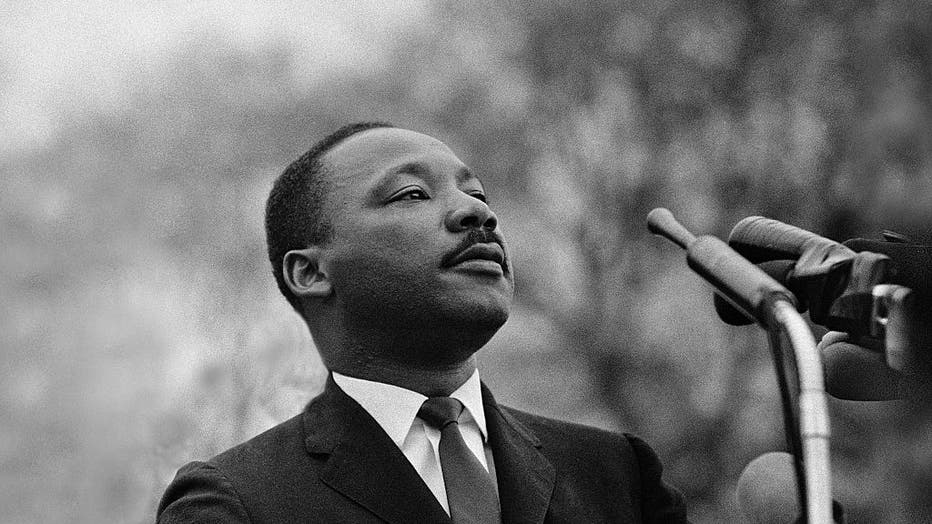 Speakers from more than a dozen countries sang and shared some of Rev. King's most impactful teachings.

"We have people tuning in from all around our globe on all six continents today represented, we will have speakers that represent the world house," said Pastor Sam Collier.

The keynote speaker for Monday's event, as seen on FOX 5, was Bishop T.D. Jakes, who spoke on this year's theme, "Urgency of Creating a Beloved Community." Although it may be tough to see a silver lining amid all the unrest, he said progress has been made since Reverend King's passing.

"I know you're not happy with where it is right now but it's, trust me, it's better than it was. And I know that we are not there yet, but we're further than we used to be," said Bishop Jakes.

"His words are relevant now as they were when he said them more than 50 years ago when he said we are faced with the fact that tomorrow is today, we are confronted with the fierce urgency of now," said Dr. Bernice King.

How the Rev. Dr. Martin Luther King, Jr. Day was marked across America.

It was a sentiment that was reflected by Georgia's newly elected U.S. senator.

"A virus has reminded us a deadly pandemic has reminded us that we are tied together as Dr. King said and the single garment of destiny because we're dealing with a deadly airborne disease," said Senator-elect Rev. Raphael Warnock.

Amid the racial injustice brought to light within the past year and the insurrection at the nation’s capital, Dr. Bernice King said the country needs to find a way to come together and heal.

"This King Holiday has not only come at a time of great peril and physical violence, it has also come during a time of violence in our speech, what we say and how we say it. It is frankly, out of control," King said.

President-Elect Joe Biden also spoke virtually at the service as he prepares for his inauguration. He said the spirit of Dr. King lives on deep within the soul of the nation.

The King family lays a wreath at the gravesite of Dr. Martin Luther King Jr. and Coretta Scott King.

This weekend would have marked King’s 92nd birthday.

This is the first King Holiday commemoration for the new newly installed bronze sculpture immortalizing the civil rights icon. It's near Mercedes-Benz Stadium at Northside and M.L. King drives and it attracted a lot visitors on Monday. It's called "Hope Moving Forward" and the sculptor said the monument pays tribute to King's walk toward peace and equality for all people. The statue is the first of seven installations commissioned to honor Dr. King's legacy and global influence.