WARREN, Mich. - Warren police have arrested a man believed to have killed a 6-year-old boy and a woman in early October.

The execution-style murders happened Oct. 1 in Warren leading to Police Commissioner Bill Dwyer calling for the death penalty after requesting federal authorities to get involved.

The suspect was originally brought in as a person-of-interest last week but was not identified as a suspect until Tuesday morning. Warren police plan to hold a press conference at 3 pm. to announce the charges.

"I was really pleased with the way Detroit police and Warren police meshed together so quickly," said Dwyer, who credited hard work from police for the arrest.

The suspect is described as a man in his 30s. He was found in his home in West Bloomfield. 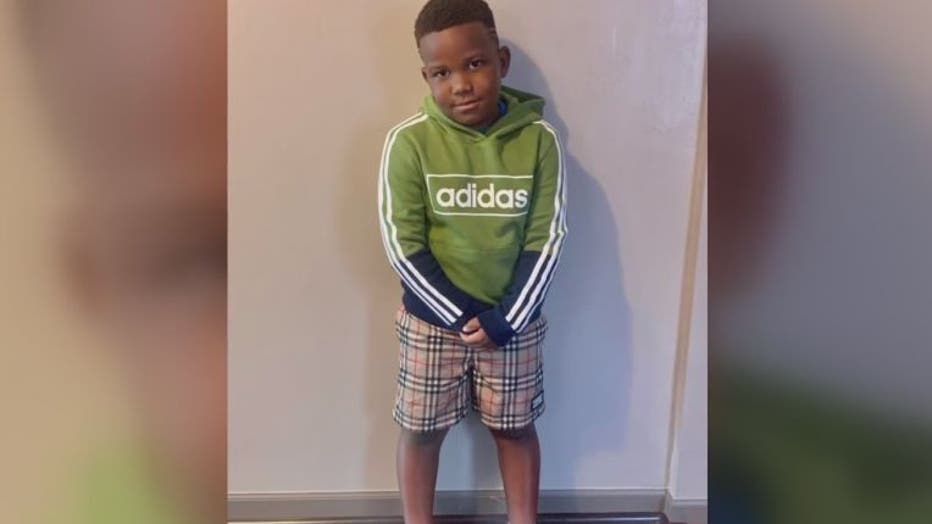 Tai'raz, 6, was found shot to death in the basement of a Warren home in an execution-style double murder

Last week Dwyer called the murders truly evil and unthinkable and said the person or persons responsible clearly have no regard for life.

"When you murder of 6-year-old innocent baby, the person or persons responsible deserve the death penalty," Dwyer said at a news conference more than a week ago.

Tai'raz was found shot twice in the head in his home on Otis Street, next to 28-year-old Isis Rimson. DPD found the boy's father, 32-year-old Tukoyo Moore in a torched car, prompting a $13,000 reward from Crime Stoppers and community activists.

Local and federal authorities would eventually raid a West Bloomfield home on Margate Lane. Authorities were spotted bringing out bags of evidence and towed a car from the home.

The suspect is believed to have a criminal past that includes fleeing police, cocaine possession, larceny, and breaking and entering.