knitters and crafters all over the world have answered the call to action, making thousands of protective pouches and blankets for native wildlife displaced by the crisis.

SYDNEY - Amid the deadly fires that have ravaged Australia and potentially taken the lives of nearly half a billion animals, knitters and crafters all over the world have answered the call to action, making thousands of protective pouches and blankets for native wildlife displaced by the crisis.

The Animal Rescue Craft Guild, originally formed in April 2019 to create products to help rescue animals, have turned their attention to Australia by crocheting, knitting and sewing a variety of items for injured wildlife affected by the fires.

Since its creation and with the emergence of the Australian fires, the guild has gathered more than 100,000 members.

Dozens of PDF designs have been shared to the group’s Facebook page for koala mittens to protect burned paws as well as makeshift pouches for orphaned “joey” kangaroos who have been separated from their mothers.

So far, the wildfires have scorched an area twice the size of the U.S. state of Maryland. The blazes have killed 25 people and destroyed 2,000 homes. The fires, fueled by drought and the country’s hottest and driest year on record, have been raging since September, months earlier than is typical for Australia’s annual wildfire season.

But in the face of calamity, the guild has reportedly received donations from people all over the world including the United States, the U.K., Hong Kong, France and Germany, according to Reuters. 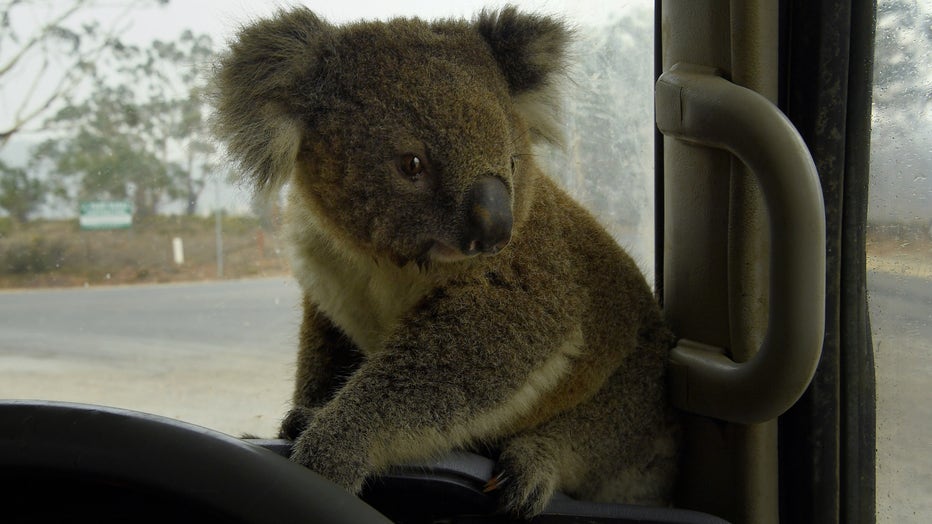 FILE - A koala named "Tinny Arse" that was rescued by Damian Campbell-Davys from a bushfire zone sits in his water tanker.

“It’s been going crazy,” Belinda Orellana, a founding member of the guild, told Reuters. “The response has been amazing.”

Thousands of members continue to post photographs of the items they have created using some of their own pets as models for the items.

One user posted a photo of her son with a pouch he made using a stuffed koala to make sure it fits.

“My son is 9 he has autism he was so excited to give a Joey pouch a good go today it turned out great,” she wrote.

Anyone interested in getting involved can receive updates via the Animal Rescue Craft Guild group on Facebook.