The long-term and indirect benefits of altruistic behavior have been proven in prior research. In this study, scientists focused on the immediate benefits and found that participants under conditions of pain benefited from altruistic acts instantly.

LOS ANGELES - Doing good deeds has been proven to have myriad health benefits, such as boosting mood and easing anxiety, and a new series of studies suggests that performing altruistic acts could also help alleviate physical pain.

"Whereas most of the previous theories and research have emphasized the long-term and indirect benefits for altruisticindividuals, the present research demonstrated that participants under conditions of pain benefited from altruistic acts instantly," the study authors wrote.

The study series, published Monday in the Proceedings of the National Academy of Sciences, examined how altruistic behaviors influence how a person reacts immediately to unpleasant scenarios, such as physical pain.

Researchers analyzed how study participants experienced physical pain after performing different actions, some altruistic, some not.

In the first scenario, people who volunteered to give blood after an earthquake reported feeling less pain than those who did a routine test, even though those who donated blood had to endure a much larger needle prick.

In a second scenario, people who volunteered freely to donate their time and services to revise a handbook for the children of migrant workers experienced less pain when exposed to frigid temperatures than people who did not volunteer.

A third scenario asked cancer patients living with chronic pain at treatment centers to either cook and clean for themselves or for the benefit of others at the treatment center. Researchers noted that patients’ pain levels dropped when they were helping other people.

In a final scenario, researchers asked participants to consider donating money to help orphans. If they were willing, they were asked to rate how helpful they believed their donation would be. Researchers then scanned participants’ brains using MRI while simultaneously issuing a strong electric shock to the patients’ hands.

MRI results revealed that the brain’s pain-control centers were less reactive to the shock in patients who had donated versus those that did not.

What’s more, the researchers found that the best predictor of how much pain a patient’s brain would register was the meaning people gave to their good deeds — the more helpful they viewed their actions, the less pain they felt. 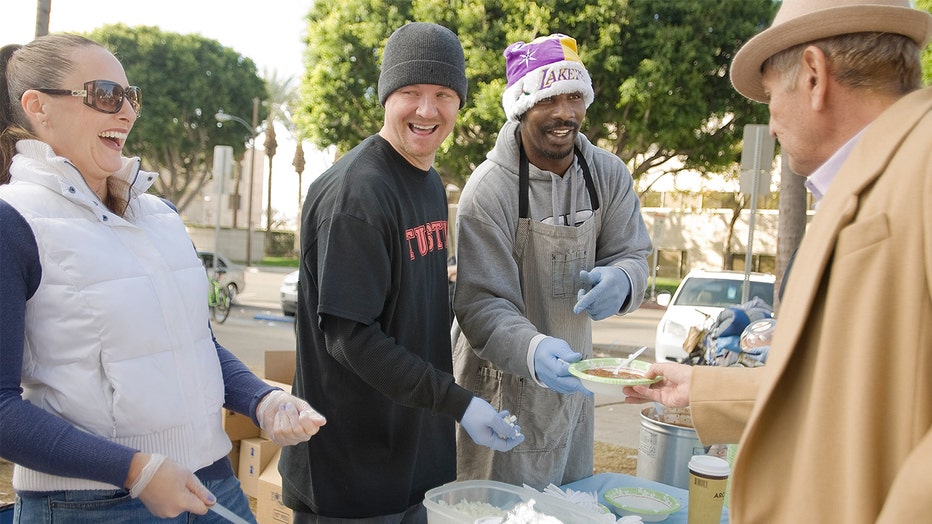 This may have to do with the way altruism provides a sense of purpose to the performer.

They were especially curious if volunteering could help reduce the depression and lack of purpose specifically resulting from the kind of role loss that chronic pain sufferers often experience (i.e. losing roles as active parents, employees, etc.).

"Because of the role loss experienced by people with chronic pain, activities such as volunteering could have an important role in improving health and well-being. In one study, chronic pain patients who participated in volunteer activities reported both decreased pain and ‘a sense of purpose,’" the study’s authors write.

Researchers determined that an estimated 9 percent of the association between pain and depression can be accounted for by volunteering.

It’s possible that the findings of the recent study can be partially explained by role theory as well, but there are likely other factors at play, such as “helper’s high,” which is the “warm glow” people feel as a result of the dopamine release that comes with altruistic actions.

More research is needed to determine how altruism can be incorporated into therapy, but if you’re looking for an all-around health boost in the meantime, try lending a helping hand.