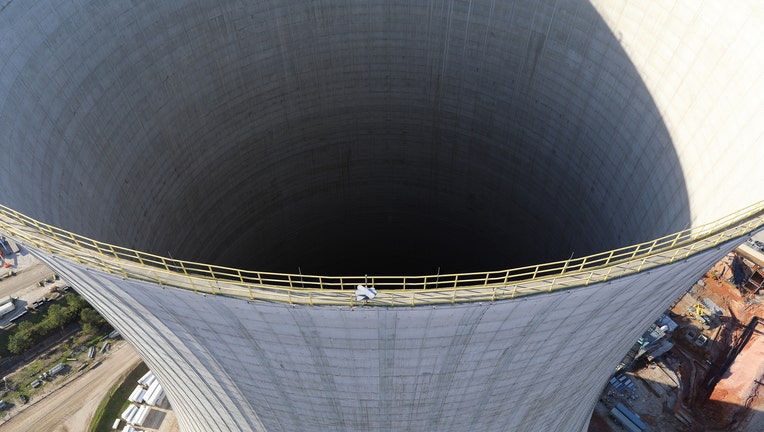 Monitors say even the most recent pushback of completion dates for two new nuclear reactors in Georgia isn’t enough to account for all the delays and increased costs they see coming.

Testimony filed Wednesday with the Georgia Public Service Commission by engineer Don Grace and others predict that the third reactor at Plant Vogtle near Augusta won’t meet the most recent range of July 2022 to September 2022 set by Georgia Power Co. Instead, Grace said ongoing delays suggest a range of November 2022 to February 2023.

Grace said the fourth reactor, currently scheduled for completion between April and June of 2023, might not come online until sometime in late 2024.

The Public Service Commission, an elected five-member regulatory body, pays Grace and others to monitor construction. Grace said the problems are "largely attributable" to electrical wiring problems that have already sparked increased scrutiny from the Nuclear Regulatory Commission.

"This level of schedule performance does little to inspire confidence in the company’s ability to accurately forecast progress on the project," testified Public Service Commission analyst Steven D. Roetger and nuclear engineer William R. Jacobs. "We have testified in many prior (proceedings) that the schedules provided by the company are not achievable."

Georgia Power spokesperson Jeffrey Wilson said the company is holding to its current completion estimates and "will continue to respond and provide our perspective" through the Public Service Commission cost monitoring process.

More delay, Grace said, could mean $1 billion more in spending on a project already on track to cost $28.7 billion, not counting $3.68 billion that original contractor Westinghouse paid back to owners after going bankrupt.

Georgia Power, a unit of Atlanta-based Southern Co., owns 45.7% of the project. Other owners include Oglethorpe Power Co, which serves most Georgia electric cooperatives and the Municipal Electric Authority of Georgia, which serves municipal utilities. Florida’s Jacksonville Electric Authority and some other municipal utilities and cooperatives in Florida and Alabama also are obligated to buy power from the plant.

Oglethorpe and MEAG say overruns have already tripped an agreement requiring Georgia Power to pay all the remaining overruns, with the others selling shares of their ownership to Georgia Power equal to the additional costs that the private utility pays. Georgia Power disagrees. The owners signed an agreement Oct. 29 to delay the resolution of the disagreement.

Grace said company estimates have "repeatedly been demonstrated to be unrealistic and unreliable." He said the company will need longer than the four months that it projects to load nuclear fuel and complete testing, that Nuclear Regulatory Commission supervision could slow things down more, and that company proposals to push back some work until after it starts loading fuel will make everything slower and harder. He said the company is submitting many fewer notices to the Nuclear Regulatory Commission than planned showing work has been completed and tested.

Grace also warned that construction performance on Vogtle’s fourth nuclear reactor is not improving, with only 0.65 hours of actual work completed for every hour planned in the six weeks ended Oct. 17.

Georgia Power said for years that Unit 3 would be in commercial operation by November 2021, but has pushed back that deadline three times since May. When approved in 2012, the estimated cost was $14 billion, with the first electricity being generated in 2016.