CARROLL COUNTY, Ga. (FOX 5 Atlanta) - Two suspects are recovering in the hospital and one person is on the run after a dramatic high-speed chase through Carroll County ended Tuesday with a head-on crash, according to the Carroll County Sheriff's Office.

Deputies said they attempted to pull over a white Ford F-150 traveling west along Interstate 20 after receiving a "hit" from a vehicle tag reader state the tag was stolen out of Villa Rica. Video released by the sheriff's office shows the extended cab pickup truck speeding up and exiting at the Temple/Highway 113 exit.

That's when deputies said they hit their emergency lights to try to pull the truck over. As the deputies tried to catch up, the vehicle could be seen slamming head-on into a Dodge Charger at Highway 113 and Billings Road.

Deputies said the driver and front passenger stayed in the car, but the rear passenger ran from the scene. Deputies believe he is injured and may try to seek medical attention. The other two were taken to Grady Memorial Hospital.

"The driver of the vehicle through a bag out of the window. That bag contained guns, drug paraphernalia and what we believe was methamphetamines," said Inv. Ashley Hulsey with the Carroll County Sheriff's Office.

Deputies are investigating if the suspects are linked to other thefts in the area.

"The two men...have quite a record for theft, burglary, drug possession. So, this appears to be an ongoing pattern," Hulsey said.

Deputies are waiting until the men are discharged from the hospital to formally arrest and charge them. The name of the suspects have not yet been released.

The driver of the Charger was taken to an Atlanta hospital for treatment.

A third vehicle was damaged, but the driver was uninjured. 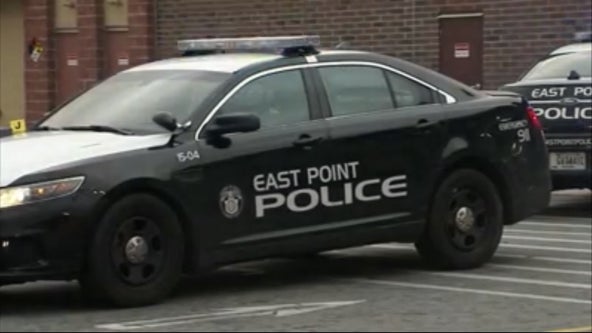