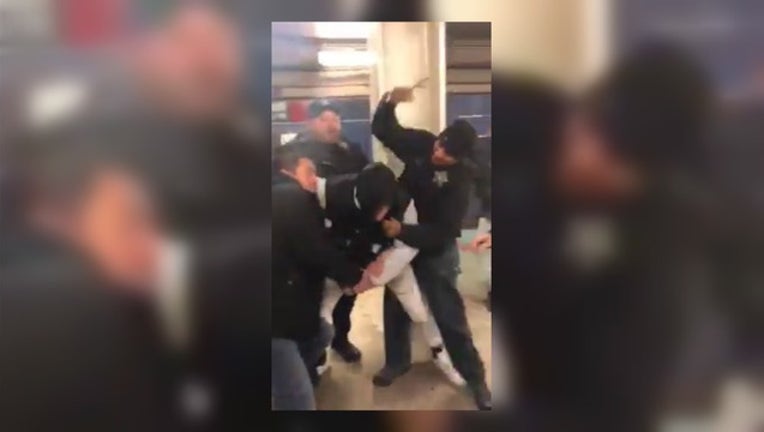 Use of force complaint against Chicago Police

CHICAGO (Fox 32 News) - The Civilian Office of Police Accountability is investigating after video emerged showing a police officer hitting a 16-year-old with handcuffs.

Skyler Miller, 16, said he was downtown at a Red Line station last Sunday after buying some clothes. He said that police came up to him because he matched the description of a robber.

"They just grabbing me," he said. "They get to beating me. I don't know why they trying to slam me."

The video shows police wrestling with Miller for nearly two minutes before one strikes him on the head with handcuffs.

He said police let him go after taking him to the police station. Police told Fox 32 News that he is charged with resisting arrest.

Miller is thinking of filing a lawsuit.