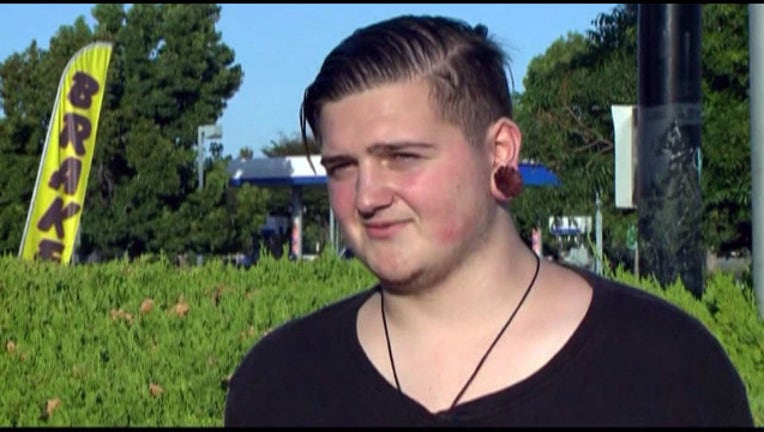 FREMONT, Calif. (FOX) - High school senior Tommy O'Connor was grabbing a soda at a nearby 7-Eleven when he stumbled upon a wallet that contained several hundred dollars.

The teen turned it over to a teacher's assistant immediately, despite the fact that his family is on a fixed income and, just the day before, O'Connor didn't even have money for lunch himself.

"It was like a bunch of hundreds," he recalled.  "I didn't count it when I saw it. I saw it and thought it was probably someone's rent or something."

O'Connor's parents say they couldn't be prouder of their son's actions.

"With us living month to month, it is a big chunk of money and I'm so proud of him that he did that," his father Ron offered.  "I'm just proud that he did the right thing.  Hopefully all of my children would've done the same thing."

It turns out the wallet and cash belonged to a veteran.  It has since been returned.

The vet left Tommy $50 as a thank-you for his honesty.