Motorcyclist seriously injured by mattress that fell from pick-up truck

The incident happened on GA-400 just south of I-285. The man is asking the driver of the truck to come forward.

SANDY SPRINGS - A man on a motorcycle nearly lost his life after he says a mattress fell off of a pickup truck.

He was on his way to visit his daughter in the hospital.

"A work van in front of me ran over a mattress and there was only a car length between us," Hodges said.

He said there was no time to move out of the way and crashed into it, as he was going 65 miles an hour.

"I almost feel like my light switch was cut off and when I came to, I was just tumbling in the middle of the roadway," he said.

Hodges said he could hear cars driving by him. 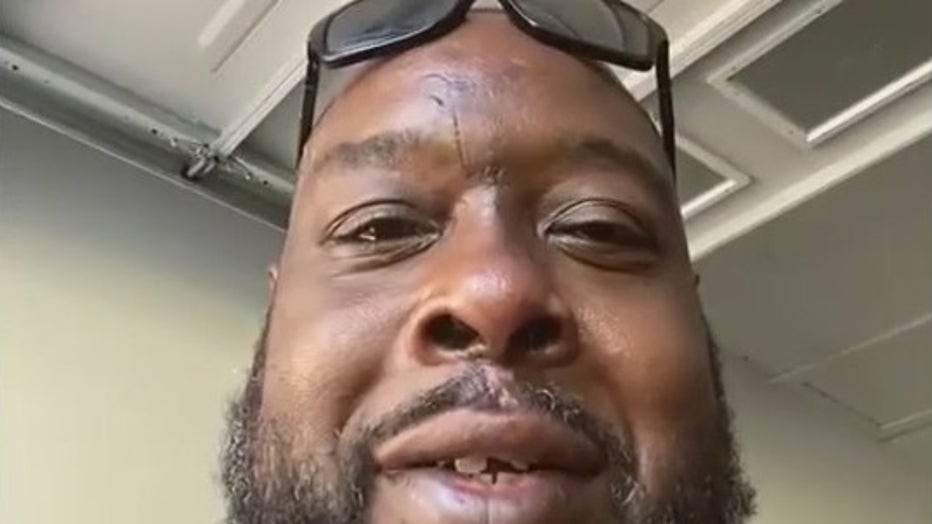 He said a man stopped to help him.

And as luck would have it, an ambulance was just a few cars behind him.

The man helped the paramedics get him into a stretcher and into the ambulance.

He had broken teeth, a hole in his upper lip, a broken shoulder blade, other broken bones, a torn meniscus, and a torn ACL, but he was alive.

"I remember telling myself, stay awake, stay awake. If you go to sleep, you might not wake up," Hodges said.

At that moment, he said he was thinking about his five kids and the baby he was just weeks away from the meeting.

He and his girlfriend welcomed their new child at Grady a week ago, just a few weeks after Hodges was rushed there.

"I spent a lot of nights at Grady watching the ambulances come in. It was really emotional," he said.

Looking back, he said two fortuitous things might have just saved his life.

Earlier on Sept. 1, he had turned around on his way to the hospital to go back home and switch to a big helmet, steel toe boots, and thicker gloves.

The other was the fact that an ambulance was behind him that day.

"I have angels and I think they delegated and said, no, not today and cut my light switch back on. And gave me another chance to continue to do it right," Hodges said.

He's asking for the driver of the truck to come forward. He's also asking anyone who saw the truck that day or might have any dash camera video to give it to Sandy Springs Police.

Hodges works as a tow truck driver but is unable to work because of his injuries. He will be out of work for some time as he continues to recover.

If you'd like to help, donate to his GoFundMe campaign.