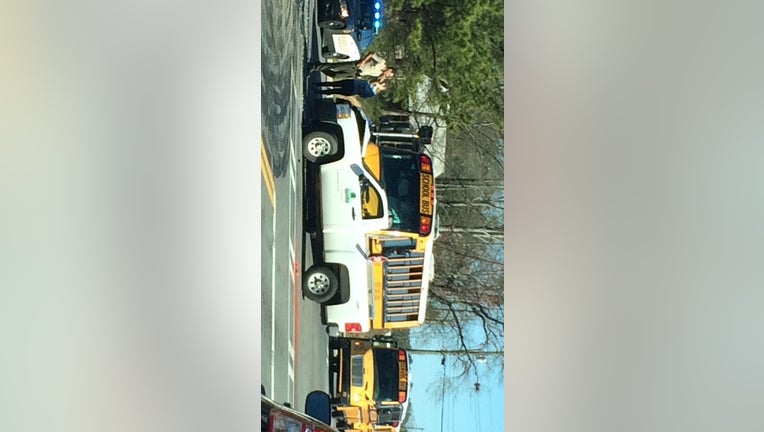 A vehicle was struck by a school bus along (Courtesy: Sue Wilkins / FOX 5 viewer)

The first happened on around 3 p.m. along Kelly Mill Road as two school buses were taking kids home for the day. School officials said the two buses hit while leaving Mill Elementary School. The children were brought back to the school. Nine aboard complained of minor injuries. One of buses was cleared to continue, the other had students transfer to another bus before continuing to drop students off for the day.

About a half hour later, a vehicle was struck by a school bus along Bethelview Road near Castleberry Road, according to school officials. The bus was carrying 29 members of the South Forsyth High School girls track athletes and their coach. They were headed to Creekview High School in Cherokee County for a meet when the accident happened. No one was injured, but the student athletes had to take another bus to the meet.

Officials with Forsyth County Schools said parents have been notified of the accidents.