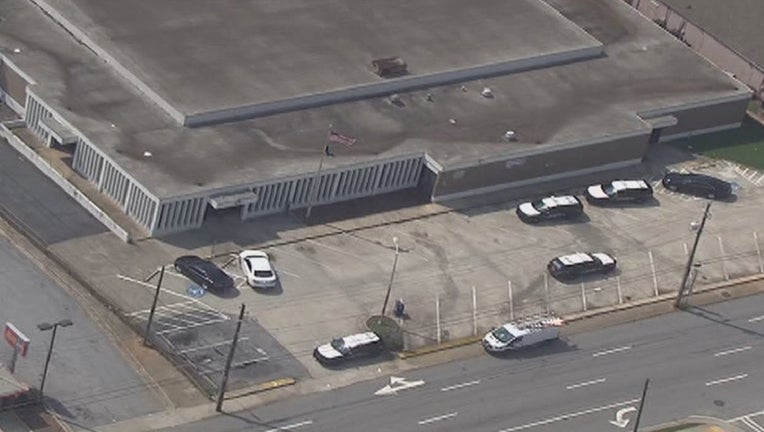 Police officers block off the entrance to the East Point Post Office on July 29, 2021. (FOX 5)

It happened at the US Post Office located at 2905 East Point Street around 3:15 p.m. East Point police said they approached the man, who officers noticed had a handgun tucked into his right waistband.

The man started to argue with the officers and then physically fight them, police said. All three ended up going through the window in the lobby of the post office.

The two officers were taken to Grady Memorial Hospital with cuts and scrapes from the glass. 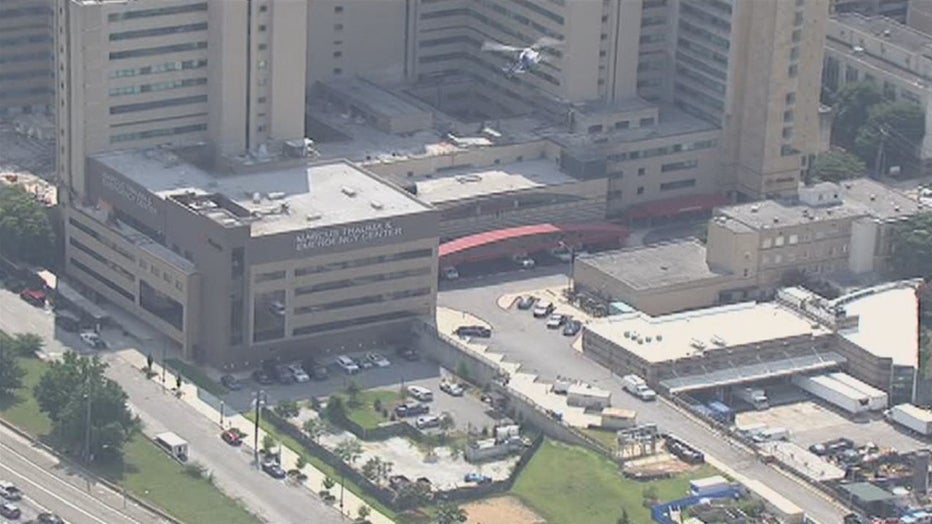 The suspect got away. Police describe the suspect as a black man in his 20s with a slim build and standing about 5-feet-5-inches tall.

SKYFOX 5 flew over the scene around 4 p.m. and saw police blocking the parking lot.

Anyone with information in the case is asked to call the East Point Police Department at 404-761-2177.