An entire shift of Jasper firefighters has been placed on probation after asking for a raise.

JASPER, Ga - An entire shift of firefighters was put on probation for a year and a lieutenant was demoted. There is still a lot of turmoil in Jasper surrounding the fire department.

It all started with firefighters wanting a raise. The current starting pay is $11.67 an hour.

"We all love working for the city, it's a great place to work but times have changed it's a little harder to live off the money we're making," said Zack Petty who has been with the department for 14 years. 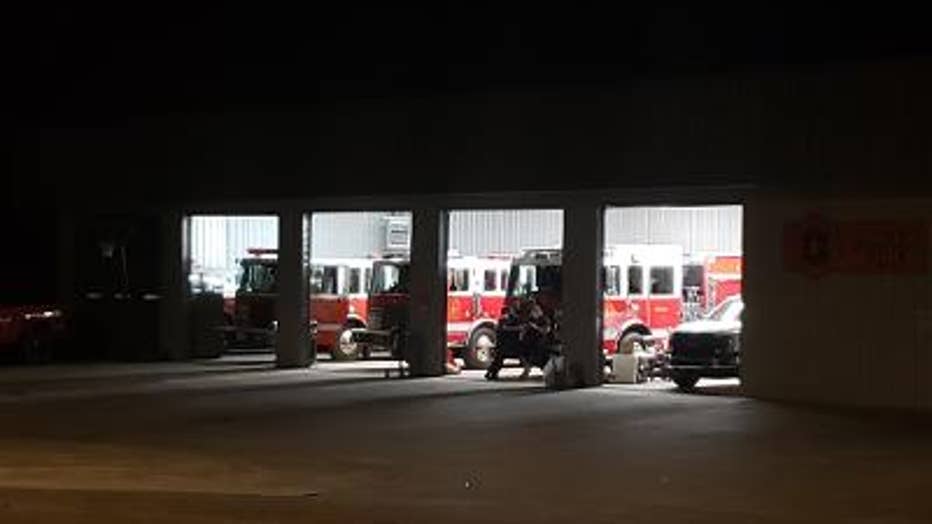 Last week, a couple of firefighters met with city leaders. They said they had been promised a raise for months. They wanted $1 an hour more. For the 12 full-time firefighters that add up to a total of $34,000 a year to cover raises for everyone.

The city said they don't have the money.

In a statement to FOX 5, city manager Brandon Douglas said, "There were no budgeted pay raises for city employees". He went on to say "as the 2021 revenues come in and 2021 expenditures are controlled, we will continue to explore opportunities with respect to amending the 2021 Budget to accommodate adjustments in the pay scale of our employees." 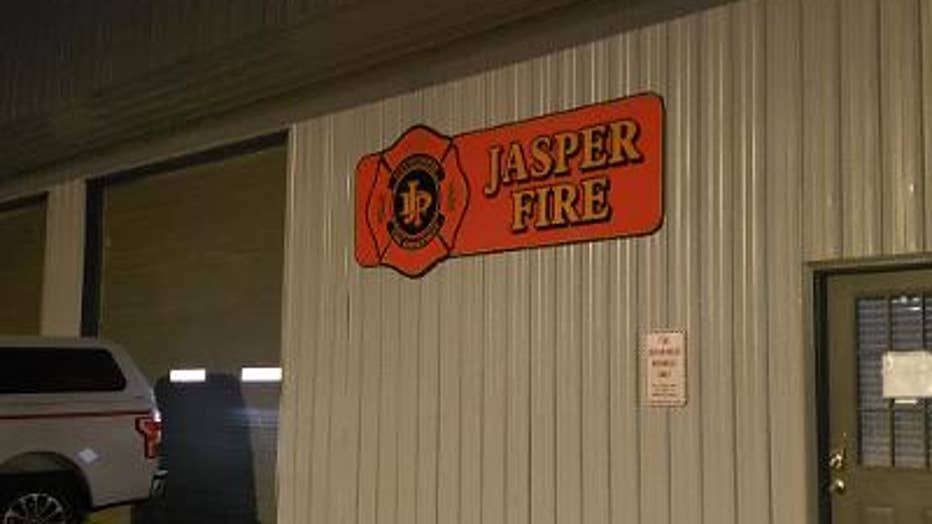 Once word got out the raises were denied, some in the community were outraged.

"It's absolutely repulsive that the city council thinks it's okay. They're out there saving lives," said David Shouse, who said he's a very concerned taxpayer.

"It was reported the city's general funds are operating $531,575  over expenditures. But we can't pay the people who are protecting us?" said Shouse.

The following Saturday when all four men on a shift called in sick, there were rumors it was an organized sick out. Firefighters said it was a coincidence.

"I actually didn't know the other guys had called out," said Petty.

The city said it was planned. The next day, Lt. Zack Petty received a letter saying he was demoted to the rank of firefighter and his pay was cut. The letter said the reason was because he failed to report to work on March 6, 2021, and he "contributed to the decisions of other firefighters on your shift to similarly fail to report for duty". 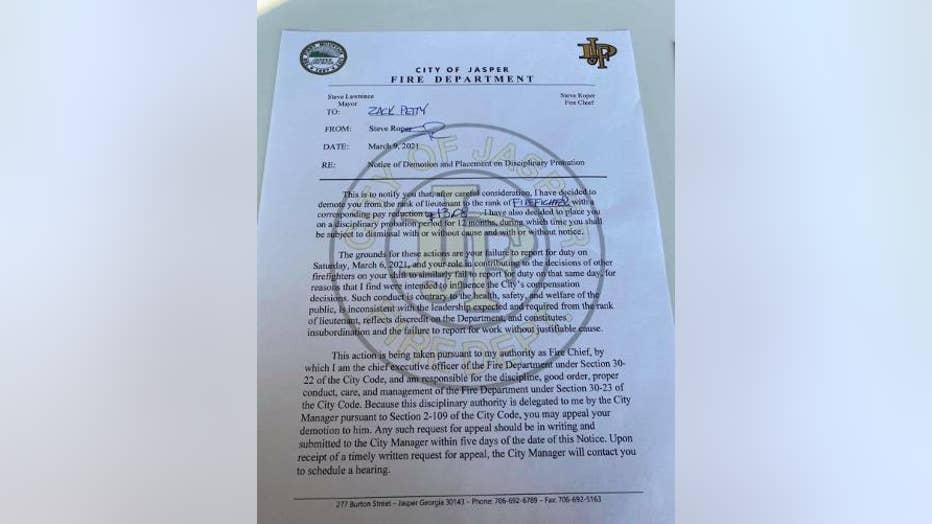 The other three firefighters on the shift were put on probation for a year.

"They're saying I got all the guys to call in sick, which is false," said Petty.

Petty said he has seen morale go down due to pay and the latest issues.

"We're going to lose some really great guys in the next few weeks if we don't do something," said Petty.

Some firefighters think the city is coming down on them because the community is speaking out on social media on their behalf.

"I feel like there's some retaliation from the city because we're trying to better ourselves," said firefighter Rustin Fagin who was not on the shift that was placed on probation.

Petty is appealing the demotion and pay cut.  He said one of the other guys who was placed on probation has quit and taken a higher-paying job with another department.