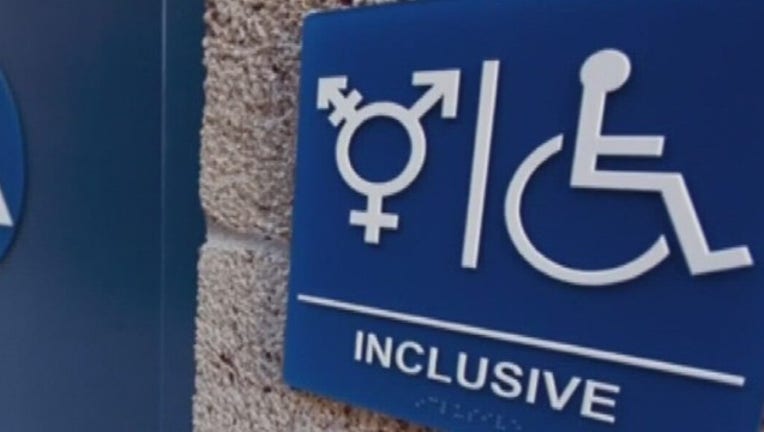 The Civil Rights Act of 1964 bars workplace discrimination between men and women but does not extend to gender identity, Sessions said. The Justice Department will take that position in "all pending and future matters," the memo said.

Sessions called the interpretation a "conclusion of law, not policy," and said the move should not be construed to condone mistreatment of transgender people. "The Justice Department must and will continue to affirm the dignity of all people, including transgender individuals," Sessions wrote in the memo to the nation's federal prosecutors.

But LGBT-rights advocates assailed the reversal as the latest in series of Trump administration actions targeting their constituency.

"Today marks another low point for a Department of Justice which has been cruelly consistent in its hostility towards the LGBT community and in particular its inability to treat transgender people with basic dignity and respect," said James Esseks, director of the American Civil Liberties Union's LGBT & HIV Project.

The Obama Justice Department viewed Title VII of the federal Civil Rights Act as a prohibition against workplace discrimination against transgender people and said it would bring legal claims on their behalf. Sessions said that interpretation went beyond what Congress intended.

At present, there is no federal law explicitly prohibiting workplace discrimination against transgender people. But the Equal Employment Opportunity Commission has argued they are protected from workplace bias as a form of sex discrimination covered by the law.

The Wednesday memo, first reported by BuzzFeed News, is not the first time Sessions has reversed course in areas involving LGBT rights. The Justice Department under his leadership has also argued civil rights law does not protect employees from discrimination based on based on sexual orientation. And it intervened in a Supreme Court case on behalf of a Colorado baker who refused, based on his religious beliefs, to make a cake for a same-sex couple.

The Trump administration has also raised the possibility of banning transgender people from military service and has rescinded an Obama administration guideline advising schools to let transgender students use their bathroom of their choice.