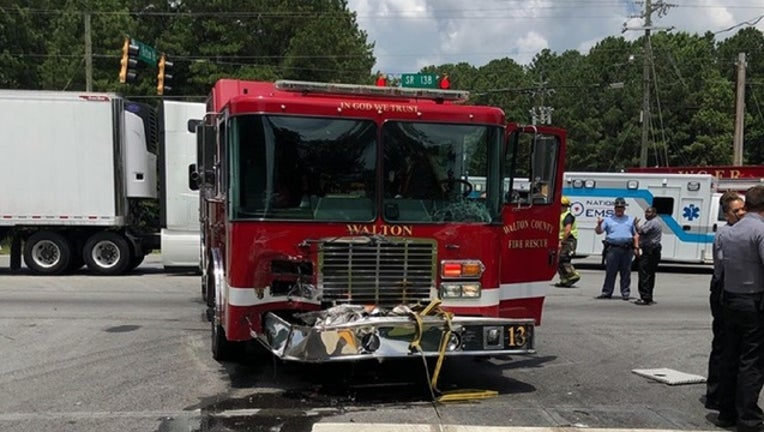 It happened along Georgia 138 at Miller Bottom Road. Georgia State Patrol trooper said the fire truck was headed south on Miller Bottom Road and didn’t use proper care when entering the intersection on a red light. Troopers said the engine did have its lights and siren activated at the time.

Two people in the pickup truck were flown to an Atlanta area hospital for treatment. Their conditions were not known as of Friday morning.