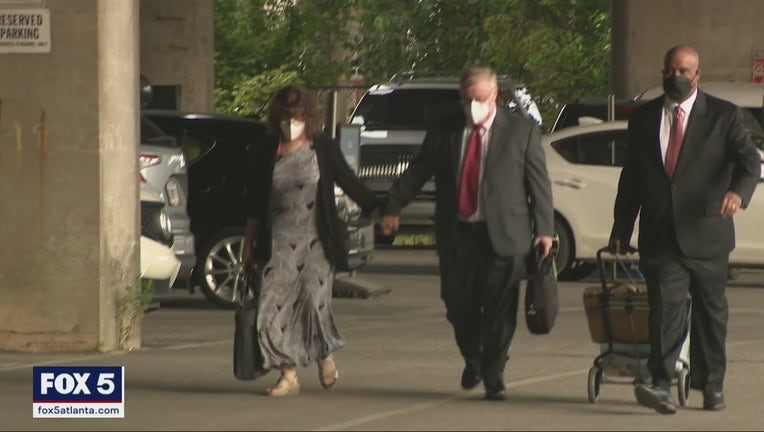 ATLANTA - More than two years after he was accused of defrauding his former employer of more than $2 million and indicted on federal charges, Georgia’s suspended insurance commissioner is set to stand trial.

A jury was selected Monday, and opening statements are set for Tuesday morning. The trial is expected to take about two weeks.

Prosecutors say Beck had friends and family members create fake companies that billed GUA for hundreds of thousands of dollars for work that hadn’t been done. Then, as general manager of GUA, he approved payment of the invoices and had most of the money transferred to two businesses that he controlled. Prosecutors declined through a spokesman to comment beyond what is in court filings.

Lawyers for Beck declined to comment, but they wrote in a court filing that he disputes that he intended to defraud GUA or cause it any harm. They also wrote that evidence exists that "tends to place the story presented by the prosecution in a significantly different light."

Georgia Gov. Brian Kemp, a fellow Republican, called on Beck to resign a day after his indictment. Beck voluntarily suspended himself from office the next day, saying he was innocent of the charges and it would be inappropriate for him to resign. Beck has continued to collect his state salary even as the state has also been paying John King, who was appointed by Kemp to serve as commissioner during Beck’s suspension and who has announced a 2022 run to keep the job.

GUA was created to provide high-risk property insurance to Georgia homeowners. Beck was elected general manager by the association’s board of directors and served in that position from January 2012 until he was sworn in as insurance commissioner on Jan. 14, 2019.

At the same time, Beck also had controlling financial interests in two businesses, Creative Consultants and the Georgia Christian Coalition, the indictment says.

Beck ran a scheme to embezzle money from GUA from February 2013 through August 2018, the indictment says.

He used the money for personal expenses and to fund personal investment, retirement and savings accounts, as well as his statewide election campaign, the indictment says. It also says he used the funds to buy and improve personal rental property and for personal state and federal income taxes.

Beck convinced four associates to form four separate businesses with the stated purpose of providing services to GUA, the indictment says. Those companies are named in the indictment only as Company A, B, C and D.

Beck then used an elaborate fraudulent invoicing system to produce false documents and, in his role as general manager, approved payments from GUA to the four companies, the indictment says. He then sent false invoices from Creative Consultants and The Georgia Christian Coalition to the four companies and directed his four associates to pay the invoices from the funds they’d been paid by GUA, investigators said.

In addition to serving as general manager of GUA, Beck was also the chief financial officer of the Georgia Arson Control Program, or GAC, a nonprofit organization that fights arson and celebrates the efforts of first responders, according to its website.

A superseding indictment filed in August 2019 accuses Beck of using more than $4,000 in GAC funds to pay for 1,500 campaign signs when he was running for insurance commissioner. He falsely told a GAC employee that the expense was related to GAC business and authorized the use of the organization’s money for the signs, the indictment says.

The 43-count indictment against Beck includes 12 counts of wire fraud, 13 counts of mail fraud, 14 counts of money laundering and four counts of aiding the filing of a false tax return.