Police were at an apartment complex at Trammell Road. Police haven't provided specifics about the victim.

CLAYTON COUNTY, Ga. - Authorities in Clayton County are investigating a shooting death at an apartment complex in Morrow.

Clayton County police officers responded around 11:30 a.m. Thursday to the 5700 block of Trammel Road in reference to a person shot call. Once at the scene, officers confirmed a homicide occurred. FOX 5 Atlanta camera crews saw a woman dead inside a car where police were investigating.

Police arrested one person. They say the armed suspect had barricaded themselves inside the home prior to turning themselves in. 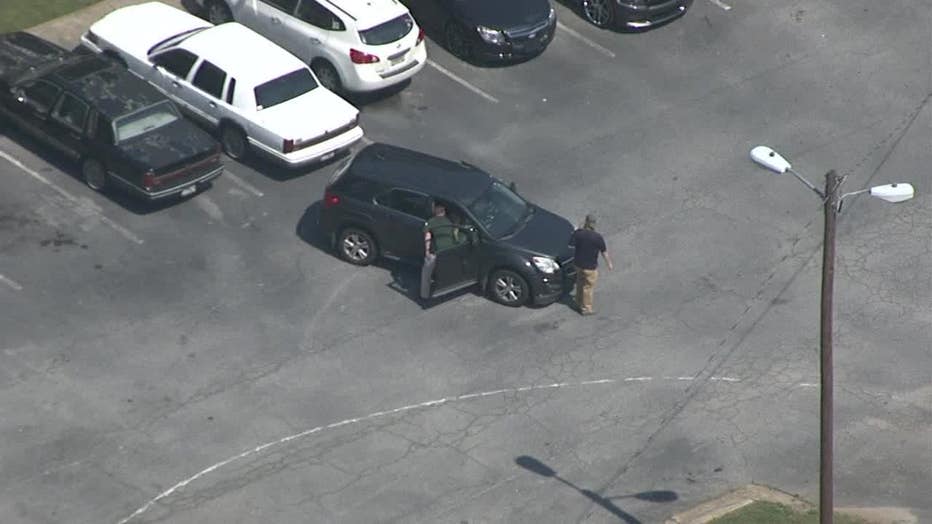 SKYFOX flew over the scene and saw police investigating at an apartment complex on Trammell Road. (FOX 5 Atlanta)

SKYFOX flew over the scene and saw police investigating at the apartment complex, which is located near Morrow Middle School.

The identities of the victim and the suspect have not yet been released.

This story is developing story. Check back for details. If you have additional information, pictures, or video email newstipsatlanta@fox.com.