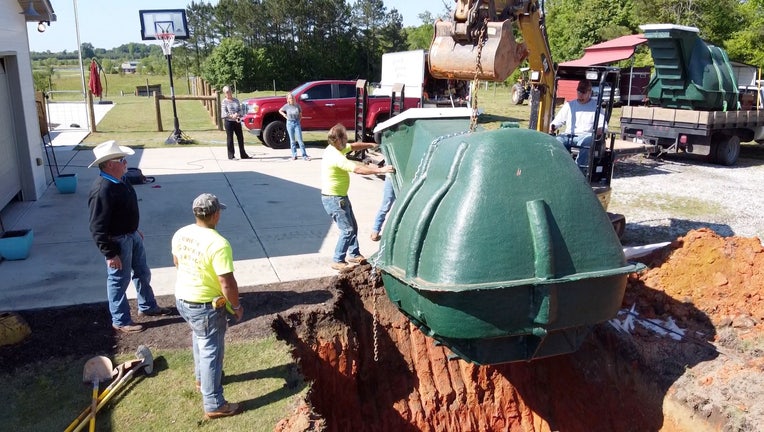 A tornado shelter being installed at a Spalding County home (Photo: FOX 5 Atlanta).

BROOKS, Ga. - With this spring’s violent and deadly weather, companies that install storm shelters are seeing big increases in business. FOX 5 spoke with one family who had a tornado shelter installed just this week, ahead of severe weather predicted for later in the week.

In the tornado outbreak of 2011 that hit Fayette and Spalding counties, two people died on their property. The Anderson family built their home there five years ago and they say it has been an anxious five years.

The family is having a tornado shelter installed in their side yard. They say they have been thinking about it for years. The deadly outbreak of tornadoes in Georgia last Easter weekend was the deciding factor.

They say they have never felt safe and hope their new shelter will give them peace of mind.

“When there is bad weather, our neighbors call us, our family calls us,” said Beth Anderson.  “They are reminded of what happened and maybe this will set everyone’s mind at ease.”

Their shelter is being installed by Coweta Concrete Service. Owner Gene King says in an active tornado season, like the one we are currently in, his crew stays busy.

“The phone has been ringing off the hook,” King said. “No one thinks about it when there’s blue sky.”

The shelter is made of fiberglass and is buried and then anchored by slabs of concrete deep in the ground. The Anderson family’s seats eight. The lid latches down tight. King says it can withstand winds of an EF-5 tornado. 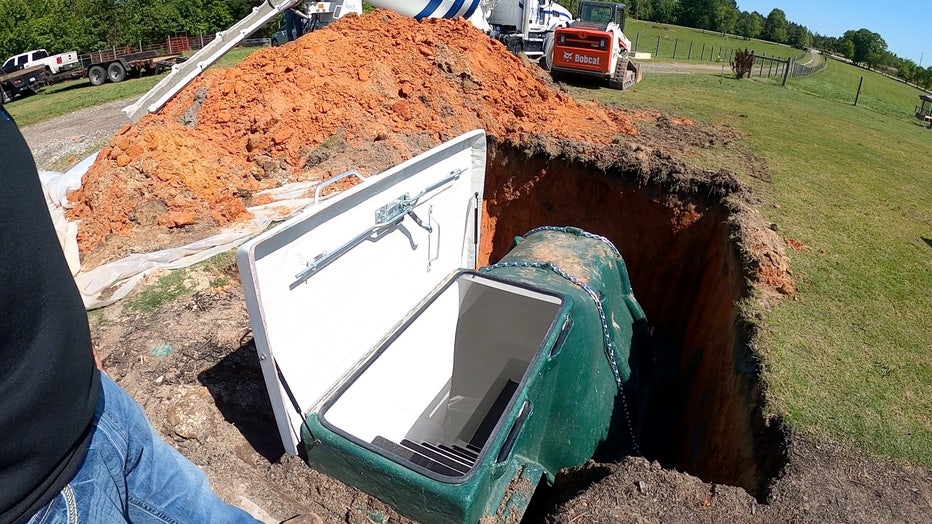 A tornado shelter being installed at a Spalding County home (Photo: FOX 5 Atlanta).

King says the price of a buried shelter such as this depends on the size.

Whether you have a tornado shelter or not, you need some type of warning system, like a weather radio or an app on your smartphone.

You can download the FOX 5 Storm Team app and receive warnings no matter where you are.