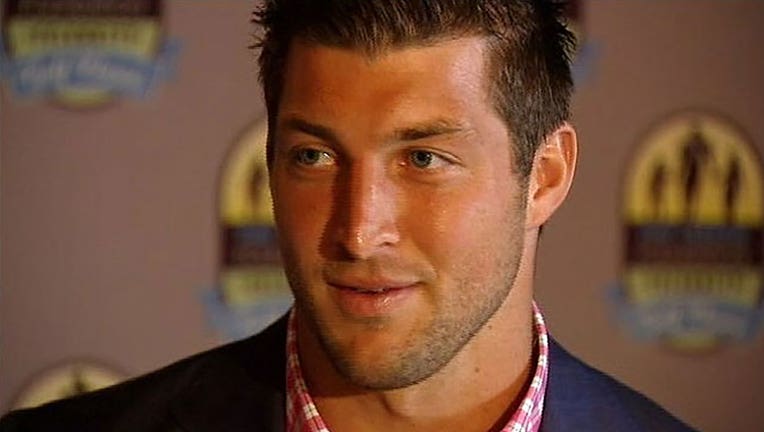 NEW YORK - A report surfaced on Thursday that former NFL quarterback Tim Tebow could be trying to return to the league as a tight end.

Tebow, 33, recently gave up playing professional baseball after a series of years in the minor leagues for the New York Mets.

A report on the NFL Network on Thursday claims that Tebow worked out for the Jacksonville Jaguars as a tight end in a potential switch of football positions in an effort to get back into the NFL.

The former Heisman Trophy winner has not been offered a contract yet. Tebow last played in the NFL for the New York Jets.

A transcendent quarterback at the University of Florida for his talents and outspoken Christian faith, Tebow appeared in 35 NFL games between 2010-12, winning a playoff game with Denver during the 2011 season. He was released by the Philadelphia Eagles during the preseason in 2015, the last time he appeared on an NFL roster.

He was hired by ESPN as a college football analyst in 2013 and worked in broadcasting throughout his time pursuing a chance to play major league baseball.