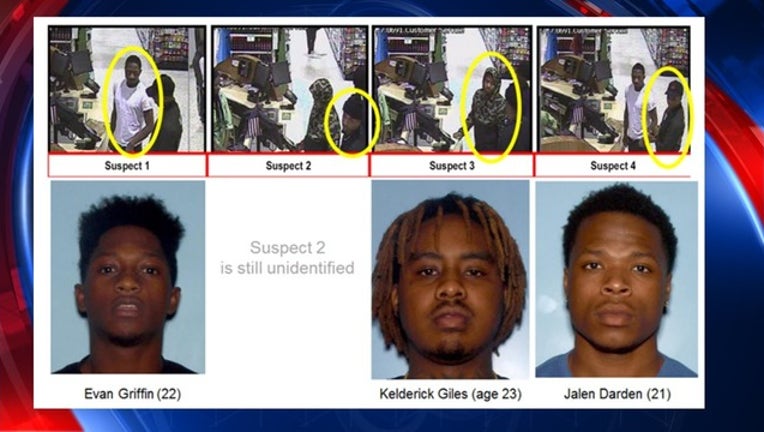 GWINNETT COUNTY, Ga. - Three suspects have been identified after $4,000 worth of gift cards were stolen from a Home Depot, according to Gwinnett County Police.

Police say they received an anonymous tip that led to the verification of the identities of the suspects. Gwinnett County Police identify 22-year-old Evan Griffin, 23-year-old Kelderick Jamal Giles, and 21-year-old Jalen Darden as the three suspects. Each has an active warrant for a felony count of theft by taking.

Their whereabouts are currently unknown, according to police. Authorities are still trying to identify the fourth suspect.

Police say the incident was initially reported on January 15th after a cashier reported the robbery. It occurred at the Home Depot located at 4136 Jimmy carter Blvd in Norcross.

The cashier has admitted to helping his friends steal the gift cards, according to police. He was arrested for false report of a crime and theft by taking on January 24. Police have since learned that the gift cards were used to obtain cash at several Publix grocery stores in DeKalb County.