Two women in Peachtree City are suspected of stealing more than $4,800 in fragrances.

PEACHTREE CITY, Ga. - Police believe there is a ring of perfume bandits that have been hitting retail stores and shoplifting high-dollar fragrances.

Police in Peachtree City say one of their perfume bandits is a suspect in a similar crime in Henry County.

Police say the two women were caught on camera at an Ulta in Peachtree City picking out expensive perfumes and colognes. When it came time to pay, they simply walked out of the door even though they are confronted by store clerks. 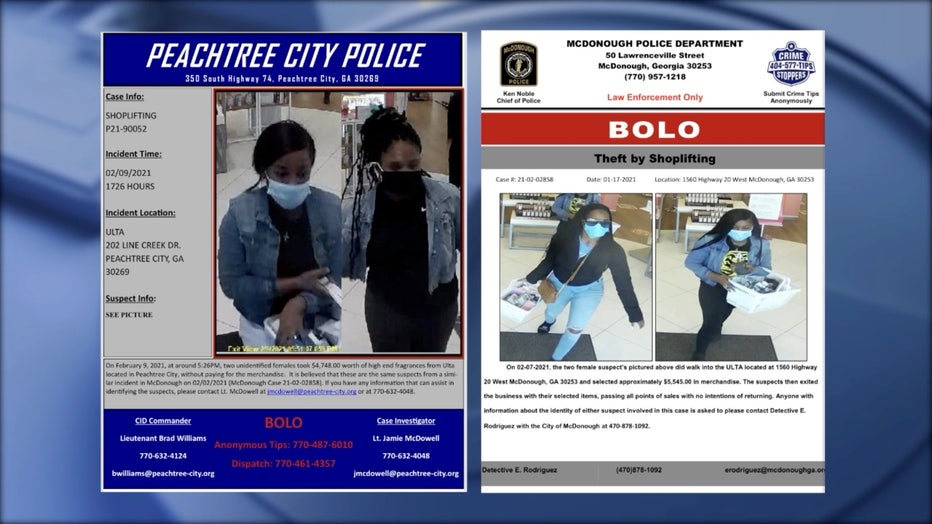 Peachtree City police say of one of the suspects has been identified as the same woman who stole fragrances from an Ulta in McDonough in January. However, police say the second suspect in the Peachtree City case does not appear to match the second suspect in McDonough. Police say, if caught, the women face felony charges of shoplifting because of the high-dollar amount of the items taken.

Anyone with information that can help in the investigation should call the Peachtree City Police Department.