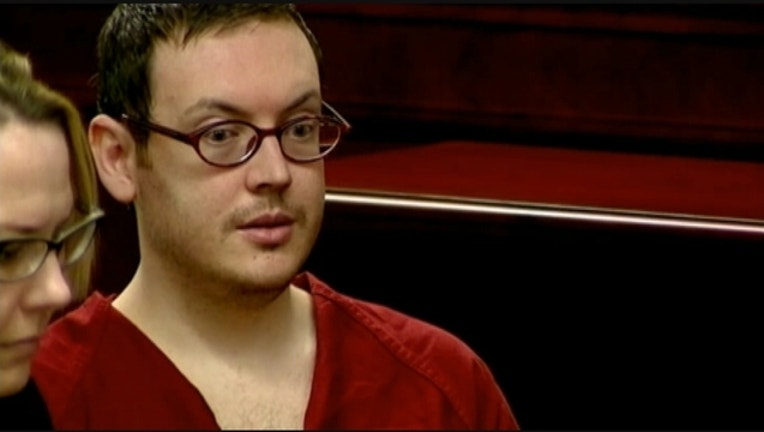 DENVER (AP) - Strangers from across the world sent Colorado theater shooter James Holmes money, photos and letters of support during his three years in a county jail.

Prosecutors this week released 200 pages worth of mail sent to Holmes, mostly by women offering sympathy and sharing their own struggles with mental illness and the legal system. The letters were among hundreds of documents prosecutors provided in response to open-records requests made after Holmes' trial, which ended Aug. 26, when a judge sentenced him to life in prison without parole for murdering 12 people and trying to kill 70 more in the July 2012 massacre.

Holmes has always had a following of supporters, mostly young women, who attended his court appearances and created websites devoted to his case. He received more than $4,600 from people not believed to be family members, the Arapahoe County sheriff's office said.

In letters, some women professed their love for him. Others offered prayers or scribbled poems. Still others wrote pages and pages detailing the mundanities of their personal lives. Sheriff's deputies rejected some of the mail because it contained lipstick marks or perfume.

Many also sent photos of themselves, which Holmes' taped to his cell walls, sheriff's deputies testified during the trial.

Before Holmes' sentencing, victims told the judge they were disturbed by Holmes' support base. Sandy Phillips, whose daughter, Jessica Ghawi, 24, was killed in the shooting, on Thursday called the letters "disgusting."

"What it says is we live in a very sick society. They're trying to make him out to be some kind of celebrity," she said. "He deserves what he got and then some. I'm ignoring him. He's dead to me."

Other mass murderers have been inundated with letters and offers of support. Boston Marathon bomber Dzhokhar Tsarnaev, sentenced to death, has online followers and sympathizers who attended his trial.

One Holmes supporter in Nashville, Tennessee, wrote that she was "knitting a scarf the color of your hair."

"Just know that there are others, such as myself, who are up at night with worry and feel some sort of connection to you as a person," wrote another woman in San Diego.

Another in Scotland wrote, "You are in my thoughts each and every day."