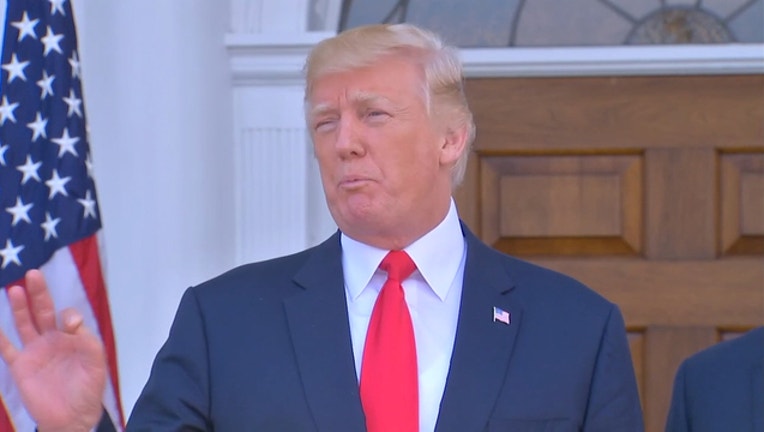 President Donald Trump says that perhaps his 'fire and fury' warning to North Korea "wasn't tough enough." Trump is issuing a new warning over the North's development of nuclear weapons.

Trump says North Korea "better get their act together or they are going to be in trouble like few nations have ever been in trouble."

The president was addressing reporters during his vacation at his New Jersey golf club before a security briefing with top advisers.

It's the latest warning since he said earlier this week that North Korea faces "retaliation with fire and fury unlike any the world has seen before."

North Korea has said it may attack Guam in retaliation.

North Korea has announced a detailed plan to launch a salvo of ballistic missiles toward the U.S. Pacific territory of Guam, a major military hub and home to U.S. bombers, a move that if carried out would be its most provocative missile launch to date.

The announcement Thursday warned that the North is preparing a plan to fire four of its Hwasong-12 missiles over Japan and into waters around the tiny island, which hosts 7,000 U.S. military personnel on two main bases and has a population of 160,000.

Japan and South Korea vowed a strong reaction if the North were to go through with the plan.