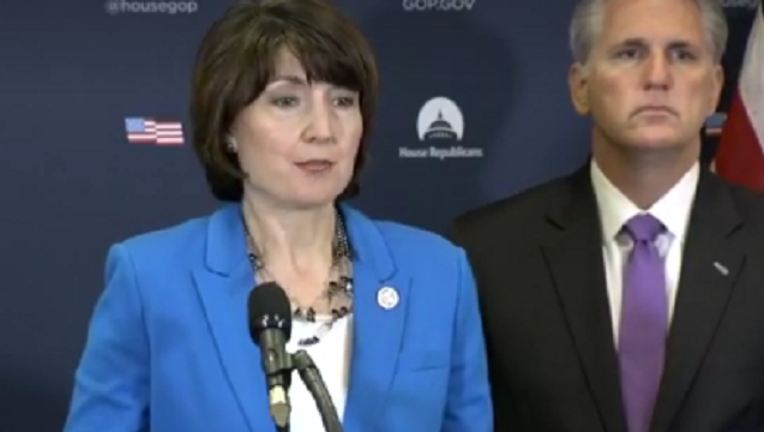 WASHINGTON (AP) - The Latest on legislative efforts to roll back the Dodd-Frank banking law:

A Senate effort to relax certain banking regulations has cleared an early procedural hurdle with enough support from Democrats to show the bill has a good chance of passage.

The vote of 67-32 allows the Senate to begin debating a bill that would scale back certain provisions of the 2010 law known as Dodd-Frank.

He says the regulatory burden "crowds out the capital that is available to American families and small business, especially in rural communities."

Democratic Sen. Sherrod Brown of Ohio disagrees. Brown says the banking system is safer now as a result of Dodd-Frank and "this is going to make it less safe."

The House Financial Services Committee chairman says the House banking bill Congress is working on this week is a "recalibration" of the banking regulations known as Dodd-Frank that will help community banks and credit unions increase capitalization.

The legislation would increase the threshold at which banks are considered too big to fail. Such banks are subject to stricter regulations and lawmakers want to provide them relief in hopes that it will boost lending and the economy.

Hensarling says: "A community bank that's 0.002 percent the size of J.P. Morgan shouldn't be laboring under a similar set of regulatory burdens."

It's been 10 years since a financial crisis rocked the nation's economy, and the Senate is poised to pass legislation that would roll back some of the safeguards Congress put into place to prevent a relapse.

The move to alter some key aspects of the Dodd-Frank law has overwhelming Republican support and enough Democratic backing that it's expected to gain the 60 votes necessary to clear the Senate. Several Democratic lawmakers facing tough re-election races this year have broken ranks with Minority Leader Chuck Schumer of New York and Democratic Sen. Elizabeth Warren of Massachusetts.

The legislation would increase the threshold at which banks are considered too big to fail. Such banks are subject to stricter capital and planning requirements. Lawmakers are intent on providing them relief in hopes that it will boost lending and the economy.