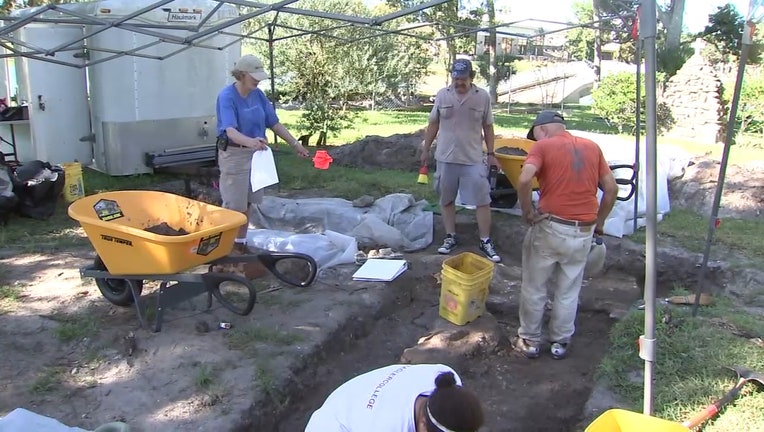 Retired University of Florida archaeologist Kathleen Deagan Ph.D. with her team at the St. Augustine site believed to be where the first thanksgiving was held.

ST. AUGUSTINE, Fla. - Back in 1621, the colonists in Plymouth, Massachusetts and Native Americans shared an autumn feast, which is often referred to as the first thanksgiving. However, historians in Florida have said otherwise.

According to the National Park Service, the first-recorded thanksgiving took place in St. Augustine in 1565 when Spanish explorer Pedro Menéndez de Avilés and hundreds of Spanish settlers founded St. Augustine in La Florida. This occurred decades before the Pilgrims stepped foot in New England.

"There was actually a first thanksgiving here in St. Augustine, Florida almost a century earlier, in 1565," retired University of Florida archaeologist Kathleen Deagan Ph.D. explained to FOX 13 in 2018. "When Jamestown was founded, St. Augustine was ready for urban renewal."

As soon as the Spanish settlers were on shore, they held a "Mass of Thanksgiving," where Menendez also invited the native Seloy tribe -- who originally occupied the site -- as guests. 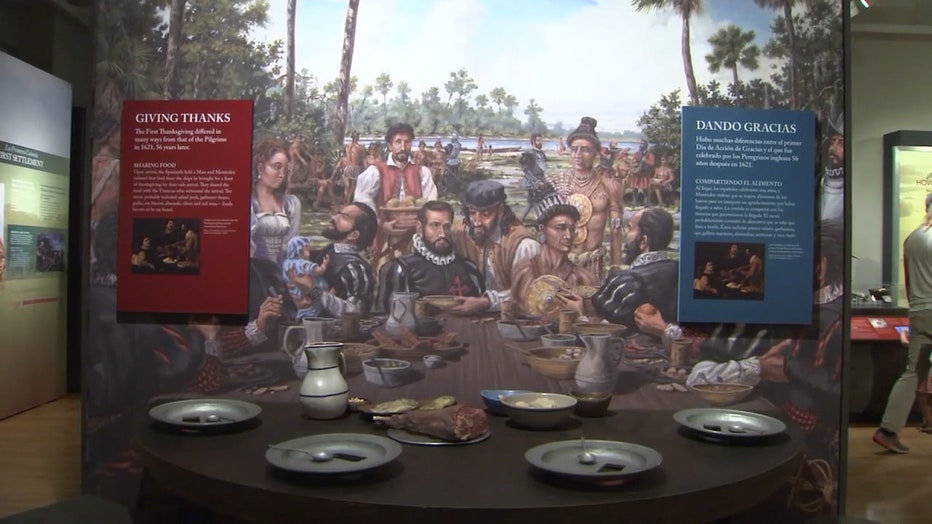 To this day, it's believed the Spaniards and Native Americans ate cocido, a stew made from salted pork, garbanzo beans, and garlic seasoning, and accompanied by hard sea biscuits and red wine.

“If the Seloy contributed to the meal from their own food stores, then the menu could have included turkey, venison, gopher tortoise, mullet, drum, sea catfish, maize (corn), beans, and squash," according to the NPS.

The thanksgiving feast apparently took place nearly 300 yards north of the Castillo de San Marcos. Historians say it was both the first community act of religion and in the first permanent European settlement in North America.

Deagan said her team discovered the possible site where Spaniards established themselves, but they couldn't pinpoint the “exact table where the first thanksgiving” took place.

"We found evidence that was absolutely the first encampment," she explained."They wanted to have the very moment they stepped on land a massive thanksgiving." 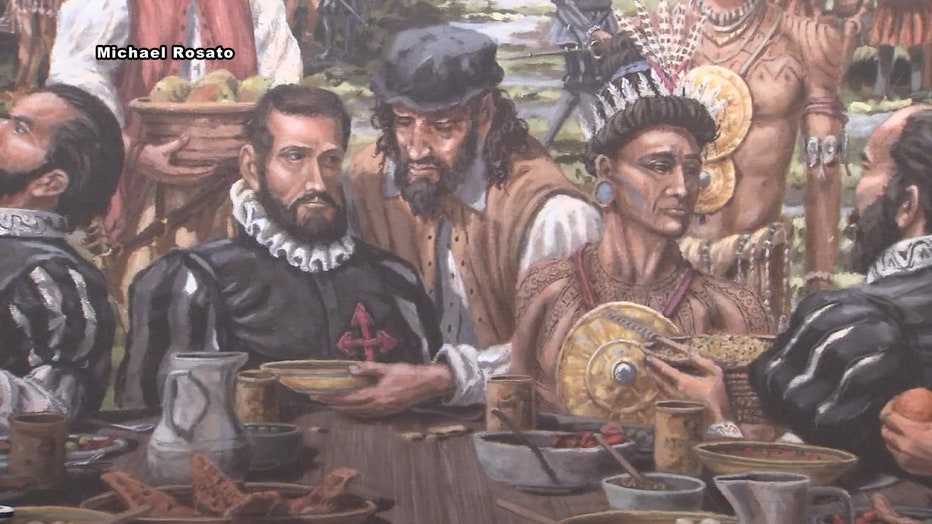 She said her former colleague Michael Gannon first suggested that the first thanksgiving was in St. Augustine – which caused some backlash in Plymouth, Massachusetts. City officials even called a special meeting and the Boston Herald compared Gannon to the “Grinch who stole Thanksgiving.” Gannon passed away in 2017.

Although it was held in St. Augustine decades before the one in Plymouth, it didn't become an annual tradition. According to The St. Augustine Record, while the "Ancient City" may claim the first thanksgiving feast, there wasn't so second thanksgiving the following year.

"During the 18th century, British forces won out over those of Spain and France for mastery over the continent," the National Park Service says. "Thus, British observances, such as the annual reenactment of the Pilgrims’ harvest festival in 1621, became a national practice."

It wasn't until the U.S. became its own country that thanksgiving became a yearly celebration, recommended by Congress. George Washington recommended Nov. 26 as the date.

In 1863, Abraham Lincoln suggested Thanksgiving should be held on the last Thursday of November.

LINK: You can learn more about Florida's role in the first thanksgiving on the NPS website.