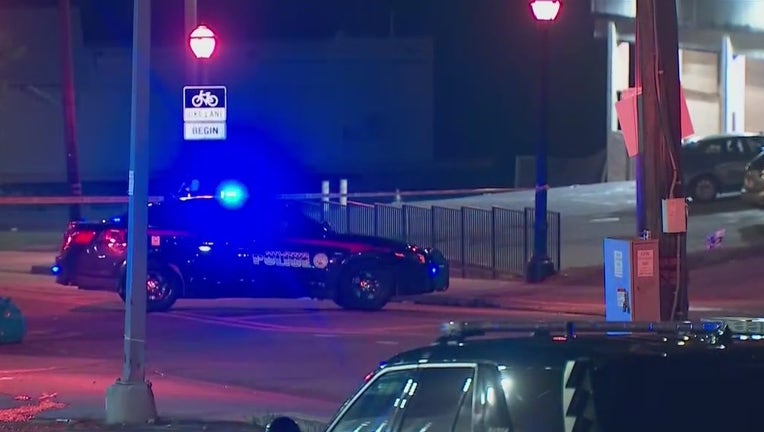 ATLANTA - U.S. Marshals have arrested a teenager in Tennessee who is wanted for the murder of one woman and the shooting of another teen at a northwest Atlanta apartment.

The shooting happened on the morning of June 11 at a home on the 200 block of West Lake Avenue in NW. Atlanta police said officers, responding to reports of a person shot, found 19-year-old Diari Durham with multiple gunshot wounds in a gas station parking lot on the 1600 block of Joseph E. Boone Boulevard.

Durham was rushed to an area hospital in critical condition. He underwent emergency surgery for gunshot wounds to his arms, legs, and body, but is expected to survive, police said.

While surveying the scene, police said the officers noticed a trail of blood leading to an apartment complex off West Lake Avenue NW, about a block south of the gas stations. Inside, police said those officers found the body of 23-year old Diamond O'Neal, dead from multiple gunshot wounds.

A one-year-old child was also inside the apartment, police said but was unharmed.

During their investigation, officials say they identified the suspect in the shooting as 18-year-old Vorquis Williams, who is described as an associate of both the victims.

Williams is awaiting extradition to Atlanta and is charged with two counts of aggravated assault and one count of murder.