Police say the 16-year-old victim was driving with her best friend in Atlanta when the friend's ex-boyfriend pulled up next to them and started shooting.

ATLANTA - Police are searching for a gunman in a domestic dispute that led to a chase through Downtown Atlanta.

Officials tell FOX 5 a 16-year-old girl is now recovering in the hospital Tuesday morning and that she was not the gunman's intended target.

At around 11:30 p.m. Tuesday, officers responded to the intersection of Northside Drive and Magnolia Street after reports of a person shot.

When they got to the scene, police found a 16-year-old girl with a gunshot wound inside a nearby vehicle.

According to investigators, the incident began on the 2300 block of Metropolitan Parkway when the victim and her 19-year-old best friend were riding in a car together.

At some point, police say the 19-year-old's ex-boyfriend pulled up next to them and started shooting - leading to a chase through Downtown that ended at the aforementioned intersection 5 miles away. 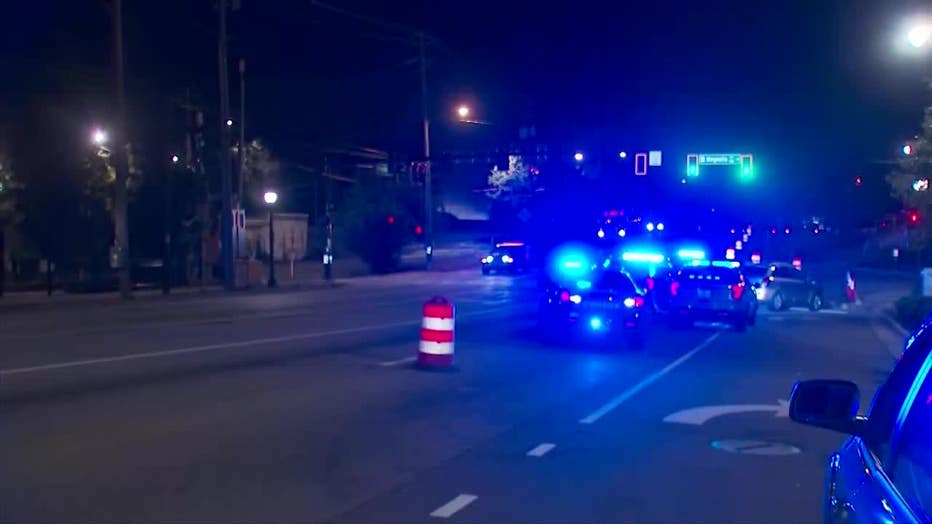 "Officers met up with the 16-year-old who was shot. She was actually the unintended target. We later discovered it was her best friend's ex-boyfriend who is the alleged suspect at this time," a spokesperson for the Atlanta Police Department told FOX 5.

The teenager is alert, conscious, and breathing, and talking to police at a local hospital.

Officials have not identified the victims or the suspect in the shooting.

If you have any information that could help with the investigation, call the Atlanta Police Department.