The state took in more money than projected, and the governor said he wants to give some of that money back. He said he feels good about the state's economic outlook.

WASHINGTON - Count 30-year-old Ethan Miller among that subset of Americans who are actually eager to file their taxes once income tax filing season opens on Monday.

The financial planner who lives in Silver Spring, Maryland, is looking forward to claiming the new deductions that will come from buying a home. He also wants to get a jump on a tax season that promises to bring lots of extra headaches and delays for filers this year.

"I’m trying to get a head start on my taxes as much as possible," Miller said, adding that he is not too nervous about forecasts of extra delays because he will file online and will not be waiting for too big a refund.

Plenty of other filers, though, may be in for more heartburn.

An IRS worker shortage, an enormous workload from administering pandemic-related programs and stalled legislation that would have given the agency billions of dollars for more expeditiously processing returns will combine to cause taxpayers pain this filing season.

"The IRS right now has unacceptable backlogs and the customer service that people are receiving is not what the American public deserves," White House press secretary Jen Psaki acknowledged Friday. "The agency has not been equipped with the resources to adequately serve taxpayers in normal times, let alone during a pandemic." 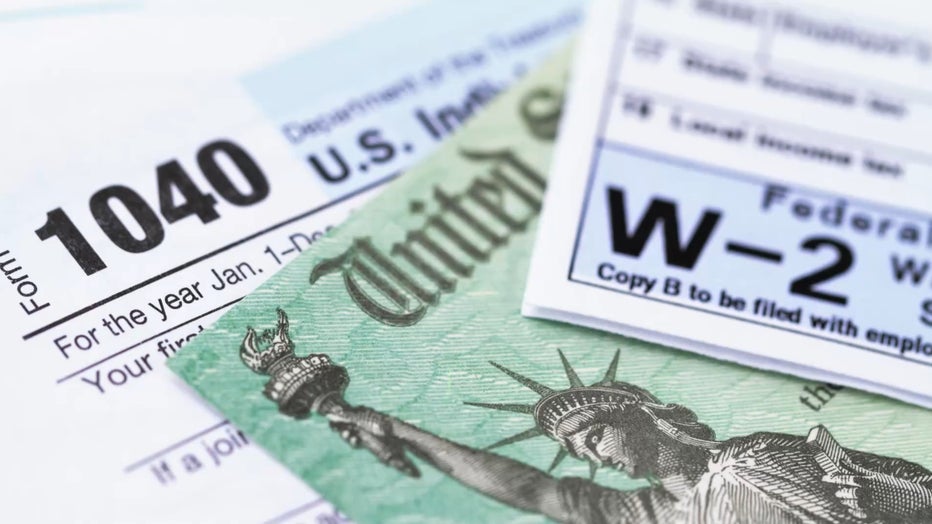 Agency officials are already warning filers that "in many areas, we are unable to deliver the amount of service and enforcement that our taxpayers and tax system deserves and needs," as IRS Commissioner Chuck Rettig put it earlier in the month.

Delays in processing are to be expected -- especially because the IRS says it still is working through 2020 tax returns.

During the 2020 budget year, the IRS processed more than 240 million tax returns and issued roughly $736 billion in refunds, including $268 billion in stimulus payments, according to the latest IRS data. In that same time frame, 59.5 million people called or visited an IRS office.

Donald Williamson, an accounting and taxation professor at American University in Washington, said he expects "weeks and weeks" of IRS delays in 2022.

When should you file taxes 2022

"You can blame Congress or the IRS. I imagine they’re trying to do the right thing but it just adds to further complexity," he said. "My advice in 2022 is file early, get started tomorrow and try to put your taxes together with a qualified professional."

Williamson said he advises his clients to file electronically, and those who expect hefty refunds in the tens of thousands should expect greater delays. Most backlogged returns were filed on paper and are amended returns.

Deadlines to file have been extended in the past two years due to the pandemic. It is unclear whether this year the agency will offer similar leeway to taxpayers.

There will be plenty of new issues to navigate this year.

For example, individuals who are eligible to claim the child tax credit and have gotten advance payments throughout the year may get a smaller refund than they normally would see.

People who did not get stimulus checks that they were qualified for as part of the pandemic relief package might yet be able to claim a " recovery rebate credit " on their taxes.

On Thursday, the IRS released a list of " Top 5 Things to Remember," with suggestions for taxpayers on what documents to pull together and what to do if their 2020 returns still have not been processed.

When you will receive your tax refund check

The IRS anticipates that most taxpayers will receive their refund within 21 days of when they file electronically, barring any issues with processing their return.

But plenty of pitfalls remain, in part due to staffing troubles at the IRS.

Tony Reardon, president of the National Treasury Employees Union that represents IRS workers, said the agency "has a hard time recruiting because they’re up against Burger King or McDonald’s," which offer similar pay without requiring workers to "deal with confusing rules and regulations."

As of Thursday, the agency’s careers website listed at least 180 open jobs, including clerks and tax examiners paid as little as $11 an hour. Of those, 42 positions were open to the public; most were available only to internal applicants.

A hoped-for $80 billion infusion for the agency was included in versions of President Joe Biden’s proposed package of social spending programs but that stalled on Capitol Hill.

Reardon said the IRS "is in a lot of trouble in terms of how it is effectively able to carry out its mission and that has to be rectified."

"I think clearly the taxpayer gets the brunt of this," he said, adding that IRS workers get "the brunt of that blame under horrible circumstances."