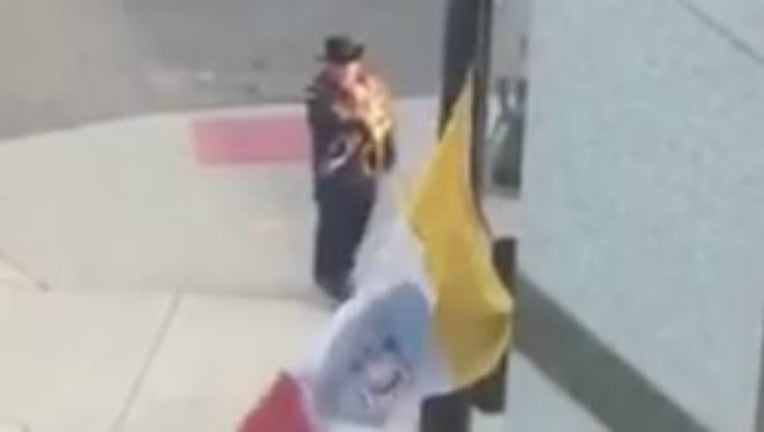 A stranger's tribute to a fallen police officer is touching the hearts of people across the country.

According to the Columbus Police Department, staff at their headquarters heard unexpected music outside their building on Sunday.

When they opened their windows, they saw a man playing "Taps" to honor Smith.

After playing the song, the man delivered a salute and walked back to his vehicle.

The police department posted this video to their Facebook page and thanked the man. The post explained that he drove off before they could express their gratitude to him personally.