Chief Justice John Roberts on Tuesday confirmed the authenticity of the draft opinion, which was part of the decision on a case in which Mississippi argued the court should overturn Roe v. Wade.

Politico said it received "a copy of the draft opinion from a person familiar with the court's proceedings in the Mississippi case."

ROE V. WADE: WHAT YOU NEED TO KNOW AS SCOTUS LOOKS POISED TO OVERTURN

"Roe was egregiously wrong from the start," the draft opinion states. 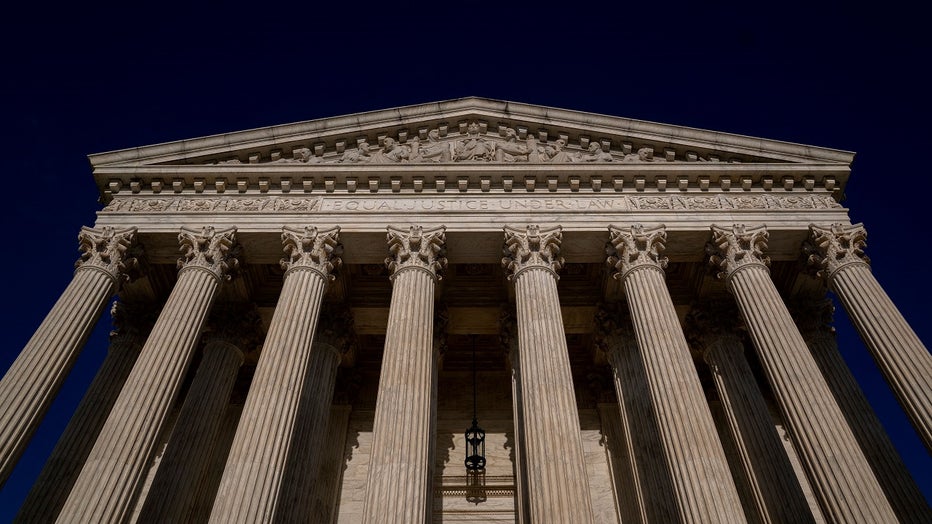 The US Supreme Court is seen in Washington, DC, on April 25, 2022. (Photo by Stefani Reynolds / AFP) (Photo by STEFANI REYNOLDS/AFP via Getty Images)

The draft is signed by Justice Samuel Alito, a member of the court's 6-3 conservative majority, who was appointed by former President George W. Bush.

"We hold that Roe and Casey must be overruled," it adds, referencing the 1992 case Planned Parenthood v. Casey that affirmed Roe's finding of a Constitutional right to abortion services but allowed states to place some constraints on the practice. "It is time to heed the Constitution and return the issue of abortion to the people's elected representatives."

The draft opinion in effect states there is no Constitutional right to abortion services and would allow individual states to more heavily regulate or outright ban the procedure.

FOX News Supreme Court correspondent Shannon Bream explained that draft opinions are circulated, updated, and changed for almost every case. Bream added that even justices' votes have been known to change during the usually secretive deliberation process. The bottom line is nothing is official until an opinion is signed and released by the court.

Justice Roberts instructed the Marshal of the Court to launch an investigation into an "egregious breach of trust."

Roberts said, in part, "Although the document described in yesterday’s reports is authentic, it does not represent a decision by the Court or the final position of any member on the issues in the case.

"To the extent this betrayal of the confidences of the Court was intended to undermine the integrity of our operations, it will not succeed."

If Roe v. Wade is overturned, access to abortions would be left to states.

In Georgia, abortion remains available up to 20 weeks into pregnancy, but the state has moved to restrict abortion.

In September 2021, the 11th U.S. Circuit Court of Appeals' ruling stayed the appeal of Georgia's so-called "Heartbeat Bill", blocking the law. The appeals court ruling was waiting for the Supreme Court's decision on the Mississippi law, which bans abortion after 15 weeks. Georgia's abortion law could become legal if the leaked draft opinion holds up.

The 2019 Georgia law would ban most abortions once a "detectable human heartbeat" is present, sometimes as early as six weeks into a pregnancy, before some women know they’re pregnant.

The law included exceptions for rape and incest if a police report is filed and provides for later abortions when the mother’s life is at risk or a serious medical condition renders a fetus unviable. Fetuses would have the same legal rights as people have after birth.

FOX News and The Associated Press contributed to this report. This story is being reported out of Atlanta.