Did this fan jinx the Braves

A Braves fan actually gave up his ticket to Game 4 thinking he may have jinxed the team with Game 3 attendance.

ARLINGTON, Texas - If you know baseball, you know the superstitions fans and players have in regards to the game. James Wiley is one of those fans.

The Atlanta resident traveled to Arlington on Wednesday for Game Three of the National League Championship Series.

It was his first game seeing the Atlanta Braves in person since last year.

Wiley was at Truist Park for game five of the National League Division Series.

The Braves gave up ten innings in the first inning to the St. Louis Cardinals.

Fans of the Braves who traveled to Texas to see them play are ready for the Braves to come alive again in Game 4.

So, he was excited to watch the team once again.

The avid Braves fan was in the stands at Globe Life Field Wednesday when the first inning went horribly for the Braves.

They gave up 11 runs to the Los Angeles Dodgers, the most runs given up in a first inning in postseason history.

Wiley and his friends quickly made the connection...one of them going to social media to share James' story and ties to some of the worst Braves losses in the postseason. 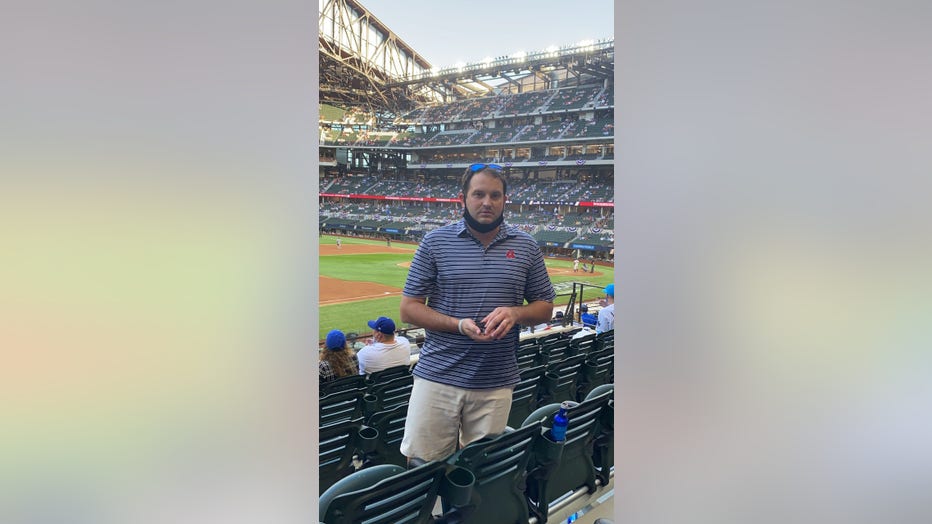 James Wiley at Game 3 of the NLCS between the Braves and Dodgers at Globe Life Stadium in Arlington, Texas on Oct. 14, 2020. (Courtesy: James Wiley)

Fans responding to the post telling James to not go back to anymore Braves games this series.

All in good fun, right?

James the Jinx, as he's been coined, heard them loud and clear and sold his tickets to game four putting his love for the team and Braves country front and center.