Street racing continues to be a problem in Atlanta

From East Atlanta all the way up to Buckhead, illegal street racing blocks traffic and has become a nuisance to neighbors.

ATLANTA - Street racing continues to be an issue in Atlanta despite improvements. Governor Brian Kemp appears to be joining the fight. He thanked the multiple agencies for coming together on Saturday to patrol Atlanta's streets.

Governor Kemp said, "We will not tolerate illegal street racing in our capital city."

"I've seen before that it blocks traffic on the roads with one-hundred people probably trying to get back out," said Shantel Lang, who lives in Poncey Highland.

From East Atlanta all the way up to Buckhead, illegal street racing blocks traffic and has become a nuisance to neighbors.

"We've seen people dragging down John Lewis Freedom Parkway. We even had a caravan once. You know, neon underlit cars with loudspeakers, sound systems, sharing their music with us," said Ron Roberts, who lives in the Old Fourth Ward.

Governor Kemp says a multi-agency effort lead to 175 traffic stops on Saturday and 166 citations. It's not clear if all the offenses were related to street racing, but Kemp did make it clear it will not be tolerated. 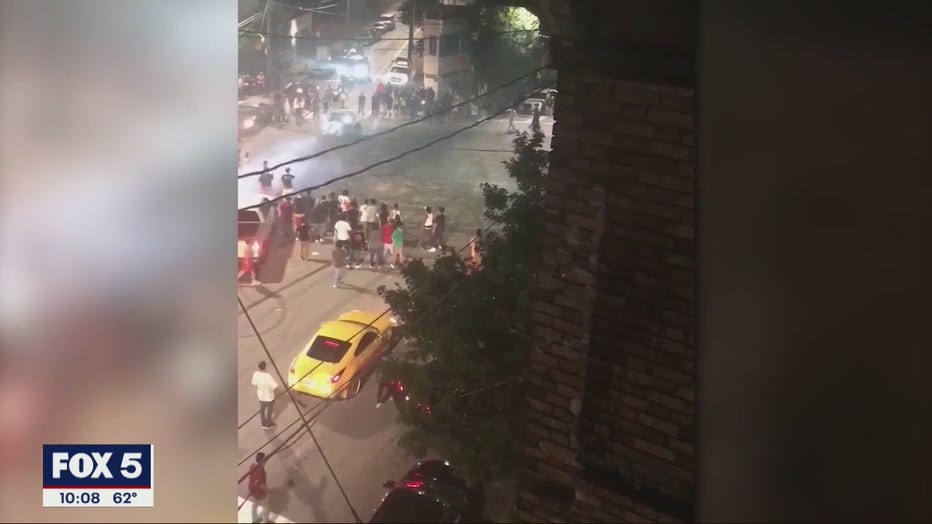 "We started really noticing an uptick in noise... not just in street racing, but loud vehicles," said Roberts.

Atlanta Police posted a video on Twitter on Friday reminding street racers they are stepping up patrols and making more arrests. The agency says since January, 459 violators have been arrested or cited. Lang just started dealing with drag racing near her home.

"I wish they would focus a little bit more on being preventative rather than reactive," said Lang.

APD says the multi-agency response on Saturday was not a part of a specific operation to target street racers, but they say they are continuing to work with Georgia State Patrol to address it.