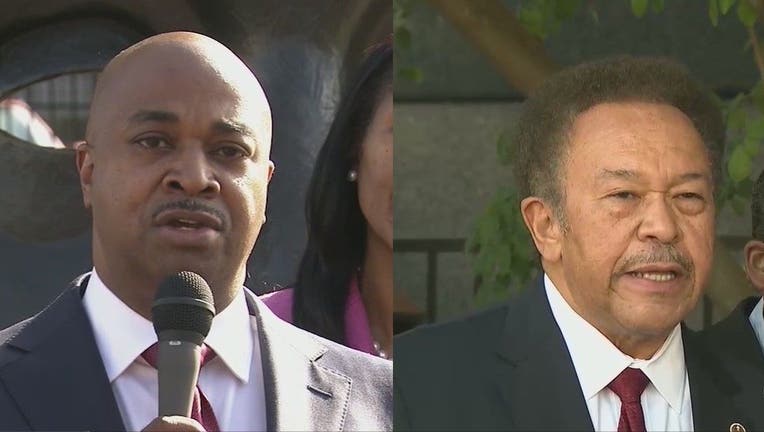 ATLANTA - More than $1 million dollars and 30,000 ballots later, Georgia voters will be sending someone to Congress amid hopes that a month in Washington is worth it.

Hall and Franklin are both Democrats.

The most junior member of the House will arrive on Capitol Hill with very little time to accomplish anything besides being guaranteed that they can be remembered as a congressman. Lewis’ successor will serve only until the current Congress ends on Jan. 3, and neither Hall or Franklin are running in the Nov. 3 general election, which will determine who wins a full two-year term.

“We need leadership now, not in December,” Hall said.

Franklin said it was “bittersweet” that Tuesday’s election didn’t produce a winner.

Both insist that they can make a worthwhile contribution in Congress. Hall said he was called not by vanity but by “personal obligation” as someone who knew Lewis, who held the seat for 34 years.

“My campaign represents a new energy built on the sacrifices of those who suffered so much for us,” Hall said. Both he and Franklin named voting rights, COVID-19 relief and reducing police violence against African-Americans as their priorities.

“I would be able to offer a sense of moral clarity amid the significant crises, perhaps even chaos, during the lame duck period,” after the presidential election, Franklin said, citing his background as a minister and theologian. He also notes he knew Lewis.

About 31,000 voters cast ballots in Tuesday’s contest, just under 5% of all the voters on the rolls in the district, which includes much of the city of Atlanta and adjoining parts of DeKalb and Clayton counties.

The December vote will be the fourth trip to the polls this year to determine representation for some voters in Georgia’s Fifth Congressional District. Lewis won a primary in June before he died from pancreatic cancer in July.

The Nov. 3 election, to settle who takes the seat on a permanent basis, pits Democrat Nikema Williams against Republican Angela Stanton King.

Unlike in the U.S. Senate, where Gov. Brian Kemp was able to appoint Kelly Loeffler to take the place of the retiring Johnny Isakson, the U.S. Constitution says vacancies in the House can only be filled through election. Georgia law requires the governor to set an election quickly.

Some other states might not have elections to fill a similar vacancy. The California congressional seat most recently held by Rep. Duncan Hunter, a Republican who resigned in January, will be vacant through the end of the term, meaning the district will go without representation for nearly a year.