Hall and Franklin led five other candidates in Georgia’s 5th Congressional District, but no one won a majority.

The winner of the Dec. 1 runoff will serve about a month representing the Atlanta-centered district. The November general election between Republican Angela Stanton King and Democrat Nikema Williams will decide who serves the full two-year term that begins in January. Neither was on Tuesday’s ballot.

Lewis died in July from pancreatic cancer after 17 terms in Congress. Because he died after winning the primary election, Georgia Democrats chose a new nominee without a primary, placing Williams, the party chair and a state senator, on the November ballot.

The race mostly revolved around the legacy of Lewis, whose history as a civil rights leader and international celebrity made him a standout in Congress. Candidates promised to work on big issues and bring a moral voice to Washington, despite the short term of the office.

Franklin, now a professor at Emory University, raised the most money of anyone running — almost $130,000, including $20,000 of his own. The 66-year-old promised to be a “moral voice amid ambiguity and fog.”

Hall, who lost a race for Atlanta mayor after three terms on the City Council, said he was called to the race by a sense of “personal obligation.” The 49-year-old said he would try to make the district a pilot site for efforts to fight COVID-19 and to spend more on infrastructure. 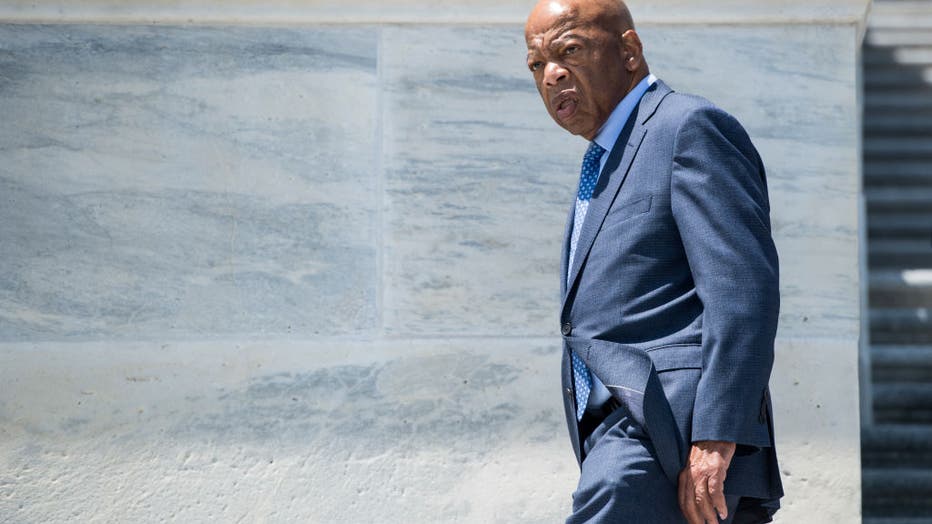 Thomas served 22 years in the state House over three separate terms and ran unsuccessfully for the congressional seat twice against Lewis. The 62-year-old, who is stepping down from the state House, ran on her record, saying she got things done, even when Republicans controlled Georgia.

Waites lost a June Democratic primary in the 13th Congressional District to incumbent Rep. David Scott. She said she would focus on immediate COVID-19 relief concerns, seeking to expand which businesses are eligible for aid, educate business owners about eligibility and do more to get unclaimed federal stimulus checks into the hands of individuals.