What an audit and recount looks like in Georgia

Georgia will soon audit and recount the ballots to November's election, but what does that look like.

ATLANTA - By 9 a.m. Friday, counties must begin the arduous task of hand counting the nearly five million ballots cast in the presidential election in Georgia.

The Secretary of State's Office held a virtual training with county elections officials Thursday morning to prepare them for the work ahead.

"The eyes of the state and nation are on you guys and on you performing this really important task," said Chris Harvey, state elections director.

The process is open to the public, including designated monitors from political parties, the media, and everyday citizens.  The state even encouraged counties to live stream their work to increase transparency. 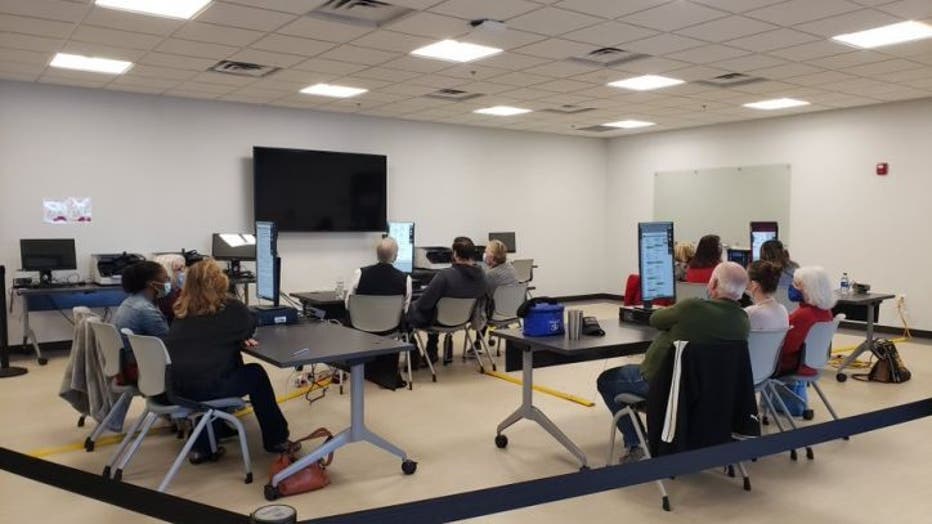 Election workers involved in the recount will have four separate roles:  a superintendent who oversees the process and troubleshoots any issues, a check-in/check-out team for ballot containers, audit boards, and a vote review panel.

According to the state, check-in teams will assign each audit board a sealed ballot box.  The two-person board will then unseal the container and take turns visually reviewing the presidential vote on each ballot.  They will then sort the ballots into stacks for Donald Trump, Joe Biden, Joe Jorgensen, and other qualified candidates.

If an audit board cannot agree on which candidate a voter chose, they will set that aside for a vote review panel to make a final determination.

Once the audit board reviews all the ballots in a batch, they will tally up the total number of votes for each candidate and record them on a piece of paper.  The team will then reseal the ballot box and turn it back over to the check-in team to secure.  The check-in team is also responsible for uploading the vote counts from each batch into the state's database.

State officials said it is critical that audit boards complete batches and reseal any boxes before taking breaks.

RELATED: Georgia Secretary of State finds no sign of widespread fraud in election

Counties have until midnight on Wednesday to complete the recount.