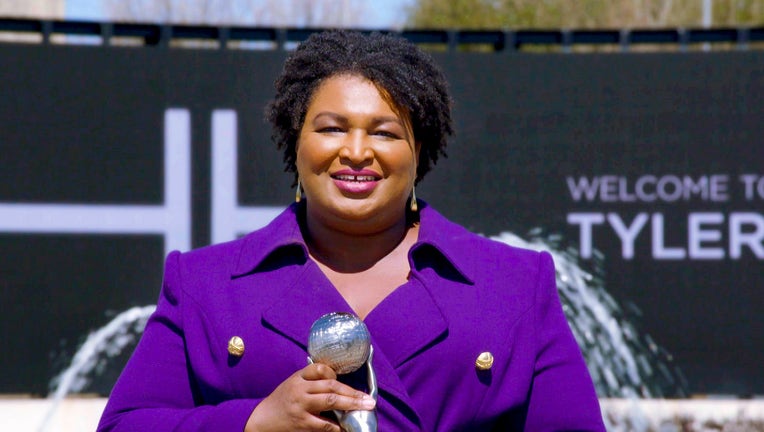 ATLANTA - Berkley, a publisher for Penguin Random House, announced Tuesday that it had acquired rights to three of Democratic activist Stacey Abrams' print novels and would begin reissuing them in 2022.

The former progressive Democratic nominee who lost Georgia's 2018 gubernatorial election began writing romance novels before ever running for elected office. Going by the pen name Selena Montgomery, Abrams wrote the three books set to be reissued, "Rules of Engagement," "The Art of Desire," and "Power of Persuasion," in the early 2000s.

Abrams, 47, expressed excitement about the announcement and released a statement in which she related the books culturally to herself in her younger days.

"As my first novels, they remain incredibly special to me. The characters and their adventures are what I’d wished to read as a young Black woman — stories that showcase women of color as nuanced, determined, and exciting," she said. "As Selena and as Stacey, I am proud to be a part of the romance writing community and excited that Berkley is reintroducing these stories for new readers and faithful fans."

Abrams has written a total of eight romance novels, which were all highlighted on Oprah Winfrey's website, "Oprah Daily," in 2020 as part of an article recognizing the left-wing activist for her work helping Democrats get out the vote in Georgia.

Abrams is considered to be a potential Democratic candidate for Georgia's 2022 gubernatorial election but has yet to announce her decision on whether she will run.