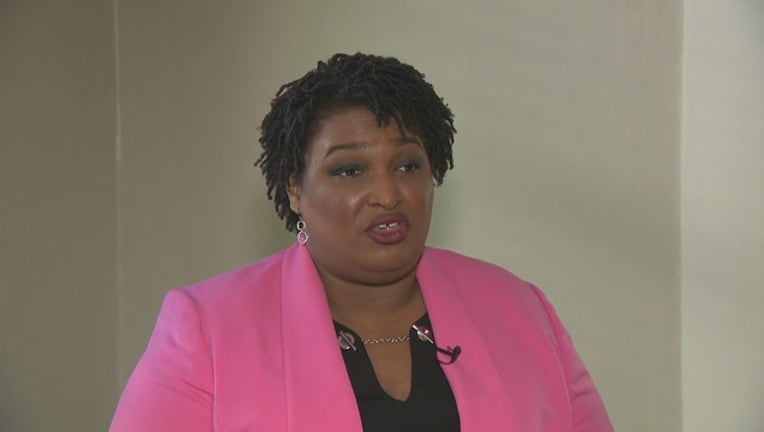 WASHINGTON (AP) - Former Georgia gubernatorial candidate Stacey Abrams said Thursday she has not ruled out running for another political office.

Abrams, who spoke at the Women's E3 Summit at the Smithsonian National Museum of African American History and Culture, said she has not yet settled on the next steps for her political career.

The Georgia Democrat's supporters want her to run for president, serve as a Democratic contender's running mate, run for governor again or try for a U.S. Senate seat. However, Abrams said that while she enjoys politics, she does not feel the need to serve in a political office if she is not the best person to do so.

Abrams made history last year as one of the first black women to run for governor. She lost to Republican Brian Kemp in a highly contested race.

Abrams refused to concede to Kemp in protest of what she called a broken political system.

She has since created the organization Fair Fight Action, a nonprofit organization that accused Kemp and Georgia's election board of mismanaging the election and disenfranchising voters. The organization's lawsuit is pending.

Abrams' organization also advocates for voting rights in Georgia and around the nation. "I may not be the governor of Georgia, but my responsibility to the people of Georgia did not end on November 6," she told the women at the summit.