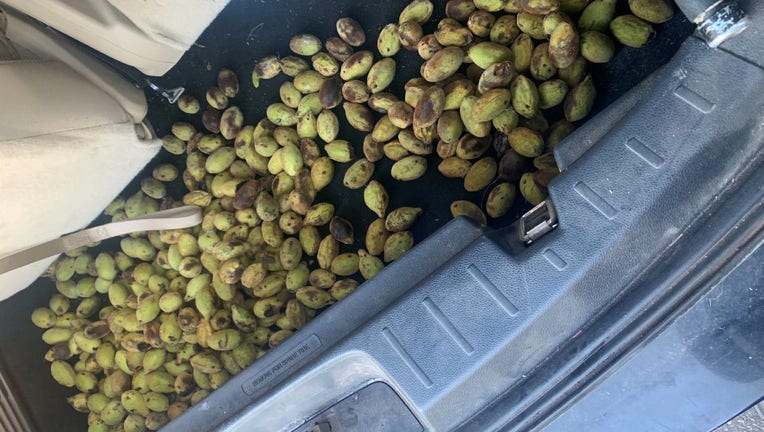 A squirrel stashed many nuts in a Pine county Sheriff's Office squad car.

(FOX 9) - An officer made a surprising discovery in his squad Monday after a squirrel jumped from underneath his computer and onto the dash.

According to the Pine County Sheriff's Office, the officer was driving down the road when the squirrel popped out from underneath the computer and jumped onto the dash before running along the driver's side window. He then went somewhere behind the officer.

When the officer pulled over and looked for the squirrel, he couldn't find it. Then, he discovered the squirrel's very large stash of nuts in the back of the squad.

It is common for squirrels to store food in areas like cars as they are preparing for winter.