ATLANTA - After four days of seeing decreases in hospitalizations, state health officials reported a spike in the number of beds being used in Georgia. It is the second-highest day for current hospitalizations since the coronavirus pandemic began, state data showed.

As of 3 p.m. Monday, 3,181 hospital beds were in use, according to the Georgia Department of Public Health, adding 102 in the last 24 hours. The number of beds used had been declining by double digits since Thursday. Monday's spike does away with the 100-bed decline of the four previous days. The numbers now sit just 2 below the record number set back on July 20. 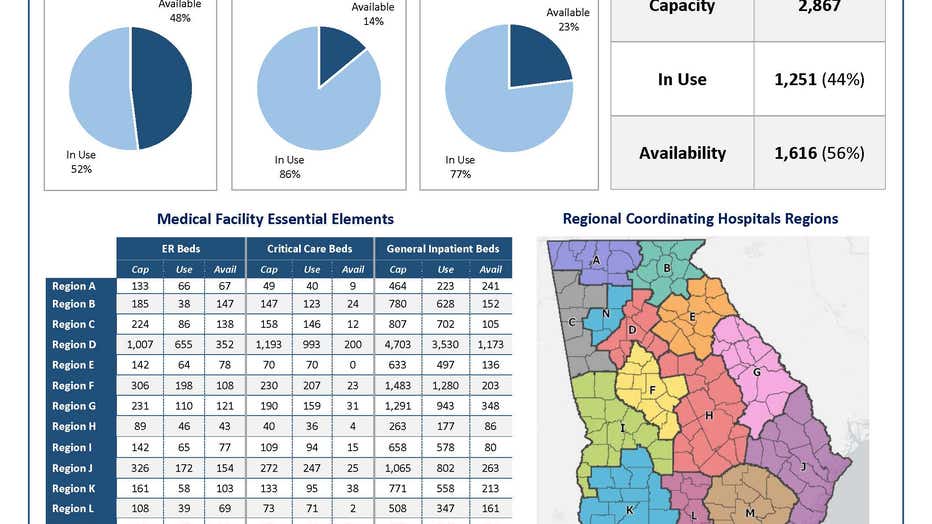 Deaths in Georgia surpassed 3,500 since the start of the pandemic on Monday. Fourteen more deaths were reported since Sunday, according to the GDPH, bringing total deaths in Georgia to 3,509.

The GDPH reported 170,843 confirmed coronavirus cases since the start of the outbreak, a 24-hour addition of 2,890. This is not nearly the record-setting increases seen late last week as the state saw a surge in the number of tests being processed. 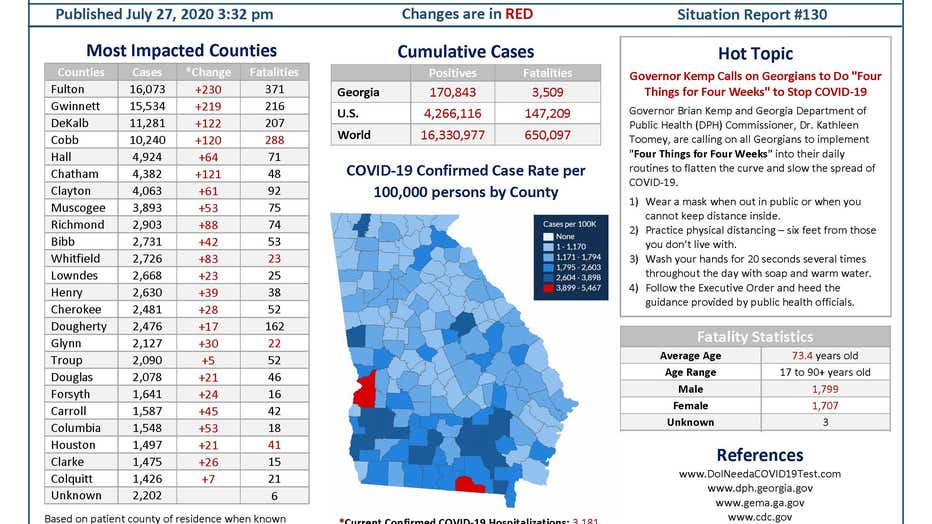 Monday, the GDPH saw 24,018 new tests added to its data set with nearly 1.5 million tests being conducted in Georgia. Of those tests, 10.8% returned with positive results.