The reserve police officer was working for a parking enforcement company in Downtown Atlanta when officials say a man approached his patrol car and shot him in the neck.

ATLANTA - One man is dead and a reserve police officer from Molena, Georgia is in the hospital after a shootout in Downtown Atlanta.

The Georgia Bureau of Investigation reports the shooting happened on the 300 block of Luckie Street Monday around 10 p.m.

According to officials, the injured reserve officer was working for parking enforcement company ATL Plus and was sitting in his patrol vehicle when the suspect approached him and shot a firearm.

The reserve officer was shot in the neck and then returned fire, hitting and killing the gunman. 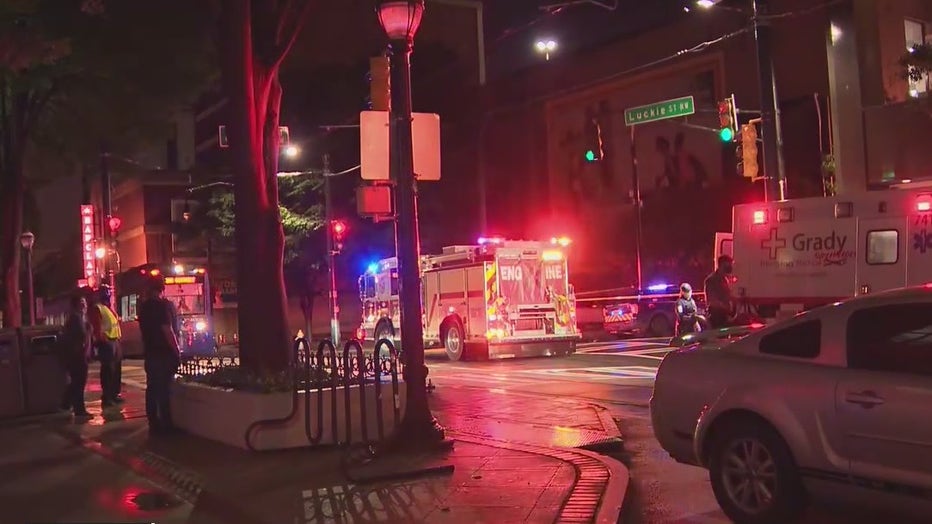 Police arrived at the scene and found the unidentified man already dead as well as a woman who appeared to be grazed by a bullet.

Paramedics took the woman to the hospital where at last check she is in stable condition.

After being shot, the reserve officer showed up at Grady Memorial Hospital. He's also in stable condition.

The GBI hasn't said why the gunman fired on the reserve officer, but Atlanta police reported the shooting stemmed from an altercation.

Molena is a small city in Pike County with a population of fewer than 500 people.

This is the 80th officer-involved shooting the GBI has been asked to investigate this year.