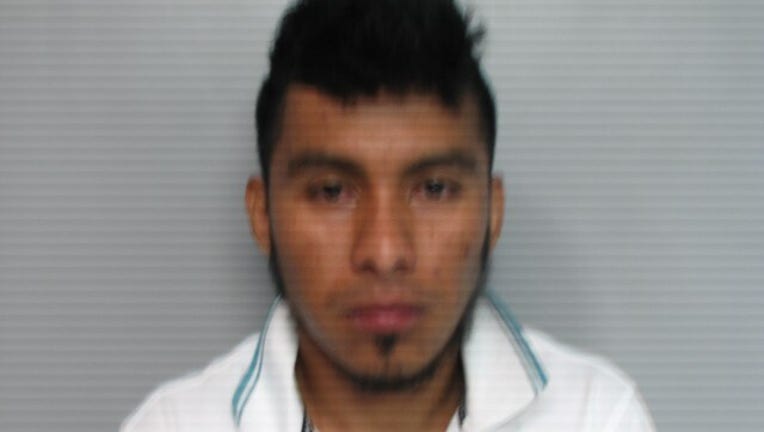 HALL COUNTY, Ga. - The Hall County Sheriff's Office has arrested a Gainesville man suspected of being involved in a hit and run that sent a baby girl to the hospital.

Officials say the crash happened on Queen City Parkway on the night of Aug. 13.

According to deputies, 26-year-old Rigoberto Osorio-Colin was driving south on the parkway in a 2007 Hyundai Sonata without its headlights on. The Sonata crashed into a 2004 Chevrolet Tahoe that was attempting to turn left onto Aviation Boulevard.

Deputies say a 5-month-old baby girl was ejected from the SUV. She was taken to Northeast Georgia Medical Center and then airlifted to Children's Healthcare of Atlanta for treatment. At last check, the baby has been released from the hospital and is expected to fully recover from her injuries. The infant's mother, a passenger in the SUV, suffered minor injuries.

Instead of staying at the scene, officials say Osorio-Colin fled on foot. He was arrested the next day when he allegedly called the police to report that his vehicle had been stolen.

Osorio-Colin has been charged with reckless driving, duty to make immediate reports of accidents, DUI - alcohol, driving while unlicensed or with an expired license, leaving the scene of an accident, failure to yield, and driving with headlights off. He is now out after posting bond.