She reached for the peanut butter, then this happened

A 76-year-old Lilburn woman is ok but still angry about paying an unlicensed contractor so much money to wind up having this happen to her.

LILBURN, Ga. - A Lilburn great-grandmother credited her medical alert device for getting quick help after a kitchen accident.

It’s a story you’ve got to see to believe. And luckily, you can see it all. 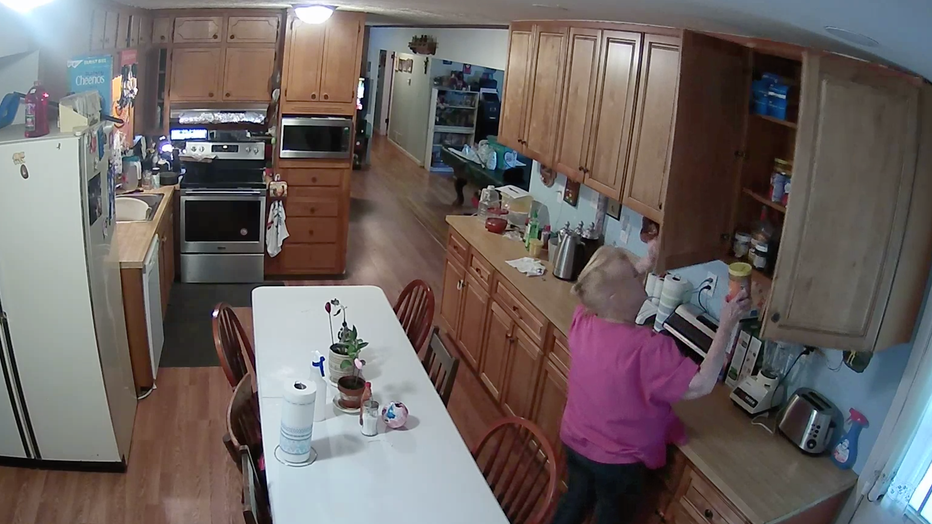 This 76-year-old Lilburn homeowner reaches for a jar of peanut butter. No one expected what would happen next.

Frances Smith’s daughter Swaneah worried about her while away at work. She installed Ring cameras around her house so Swaneah could check in throughout the day.

On March 31, the video shows the 76-year-old Smith opening the door of an upper kitchen cabinet searching for something to make for lunch.

She settles on peanut butter. But as she reaches for the jar, the entire cabinet comes loose from the wall and tumbles on top of her.

“I said a bad word which I don’t normally,” she later admitted. 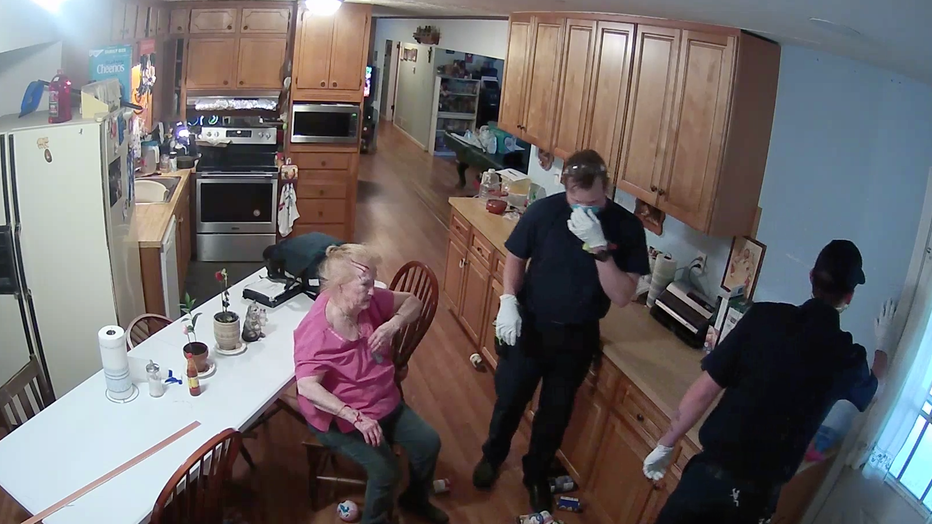 Frances Smith would suffer bruising and bleeding to her head, but luckily no broken bones.

She was taken to a local hospital. Luckily, no bones were broken.

“When she called me and told me what happened, I looked at that video and my heart sunk to my stomach,” said daughter Swaneah.

How did it happen? On the video, you can hear the paramedics offer an idea.

“They drilled it straight to the drywall,” one said after examining the wall. “Yeah, that’s not how you hang cabinets. I would definitely call them back.” 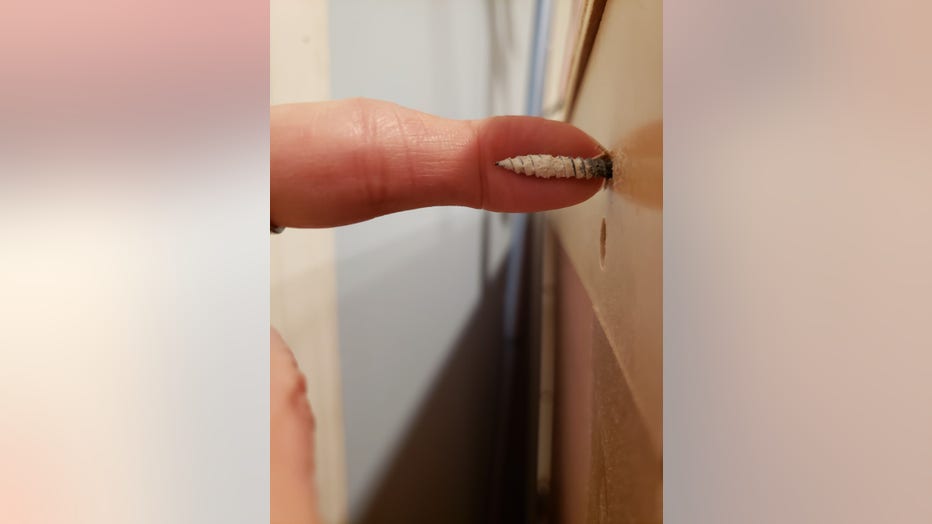 The Smiths took this picture of the screw from the cabinet that fell. They say many of the upper screws for the cabinets went into drywall instead of the wall stud.

Almost a year before the accident, the Smiths hired contractor Jamey Barton to redo their kitchen. He owned JB’s Remodeling and Renovations in Snellville.

It was a big job, $20,000. The work included taking out a wall and moving it into the garage, installing new electrical outlets, and rehanging those cabinets.

“We were happy with the cabinets and everything,” Swaneah said. “Until it fell on her.” 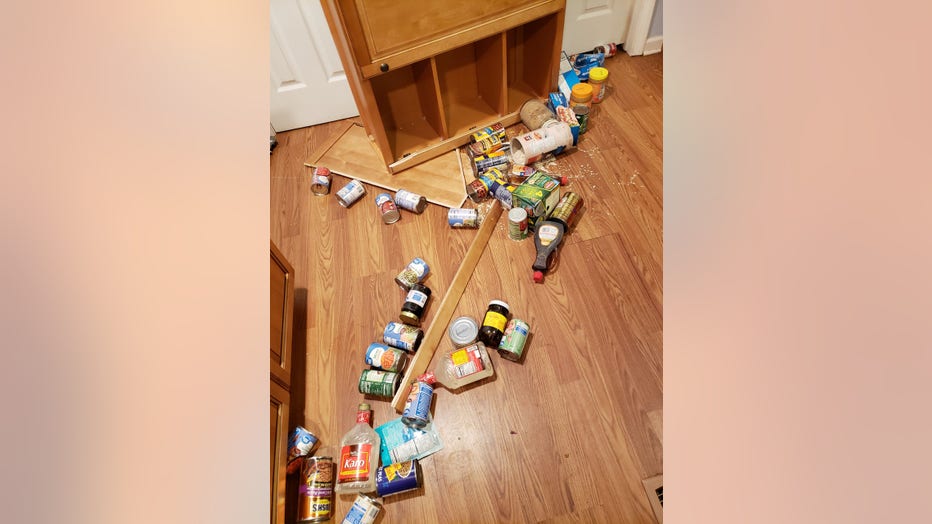 The contents of the cabinet that fell.

So far, no independent expert has looked at the cabinet to determine what happened or who’s at fault.

When the FOX 5 I-Team reached Barton by phone he originally suggested the injuries were Ms. Smith’s fault because of where she had stacked her cans in the cabinet. He later said he wasn’t blaming anyone and had turned over everything to his insurance company to hopefully cover her medical bills.

“I want to do what’s right,” he insisted.

He said he’s never had to file a claim before. 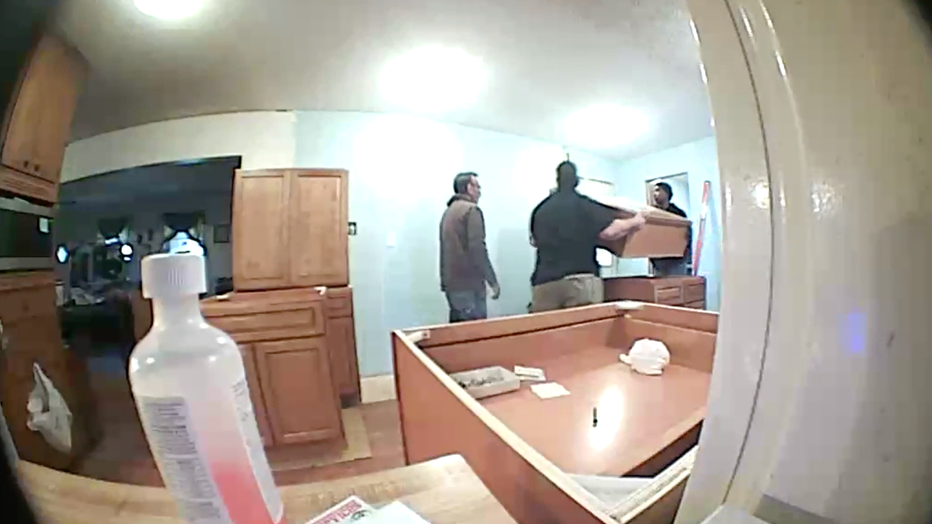 Jamey Barton (center) helps hang the cabinet that ultimately fell. He's not licensed to be a general contractor. No independent expert has determined what happened, but Barton said he's asked his insurance company to cover Ms. Smith's medical bills.

Barton is not a licensed contractor, something state law requires for jobs over $2,500.

Barton also didn’t pull a permit on the job until it was almost finished after the Smiths complained to the city of Lilburn about work not yet done and money they didn’t think they owed.

The permit is in the name of another company, someone who Barton calls his business associate. The Smiths say they never saw anyone else in their home besides Barton's regular crew. If they had, they insist he would have shown up on their video system.

Even if Barton had pulled the permit at the beginning, the cabinet installation would not have been part of the city’s inspection.

“After this, I’m not giving him nothing else,” vowed Frances. “Period.” 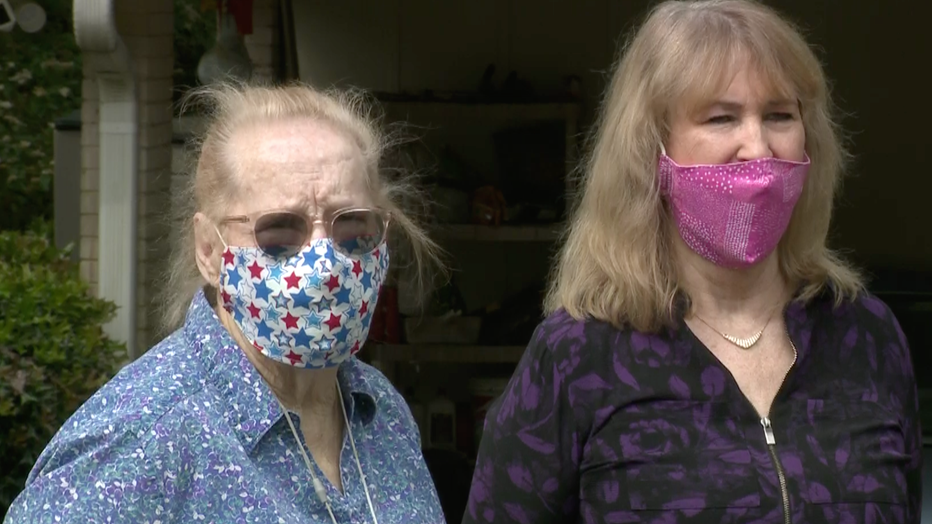 Swaneah Smith (right) installed video cameras throughout the home to be able to check on her mom while away. Ms. Smith's medical alert device automatically called 911 after the cabinet fell on her.

She hired a lawyer and got a friend to rehang the cabinet, making sure to screw it into a stud and not just the drywall. They also reinforced all the other cabinets.

So where is she keeping her peanut butter now?

“Same cabinet,” she said with a laugh. “Lower shelf.”

And a painful memory with every reach.