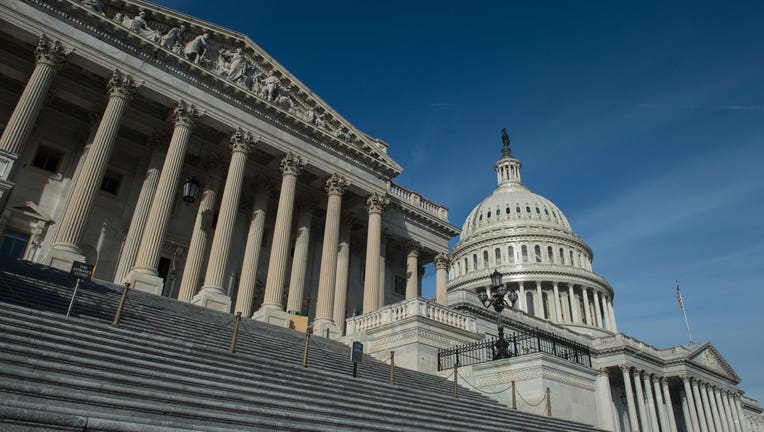 The US Capitol in Washington, D.C. (Nicholas Kamm/AFP/Getty Images)

WASHINGTON (AP) - Two Republican-led Senate committees issued a politically charged report on Wednesday alleging that the work Joe Biden’s son did in Ukraine constituted a conflict of interest for the Obama administration at a time when Biden was engaged in Ukraine policy as vice president.

However, the report also offered no support for President Donald Trump's claim that the Democratic presidential nominee had improperly pressed for the firing of the country's top prosecutor to protect his son.

The report did not implicate Biden in any wrongdoing, focusing instead on his son, Hunter, who it said “cashed in” on his father's position by joining the board of a Ukrainian gas company.

The document says that work created conflict-of-interest concerns, including among two Obama administration officials, but acknowledged that it was ultimately “unclear” what impact Hunter Biden's paid board position had on policy with Ukraine.

Biden’s campaign immediately panned the report, released six weeks before the election, as an effort by an ally of President Trump to damage his election opponent. The campaign said the investigation was founded on “a long-disproven, hardcore rightwing conspiracy theory" and, even before the report was released, issued a detailed statement aiming to rebut point-by-point allegations that it said had long been debunked by media organizations as well as by U.S. and Ukrainian officials.

Hunter Biden's work in Ukraine remains a prominent line of attack in conservative circles heading into the election. President Trump himself has repeatedly drawn attention to the issue, with his request for Ukraine to investigate the Bidens spurring an impeachment case against him. He's continued to trumpet the claims even as his own administration has warned of a concerted effort to denigrate Joe Biden and has asserted that a Ukrainian lawmaker who is involved in spreading an “unsubstantiated" anti-Biden narrative has been an “active Russian agent” for more than a decade. 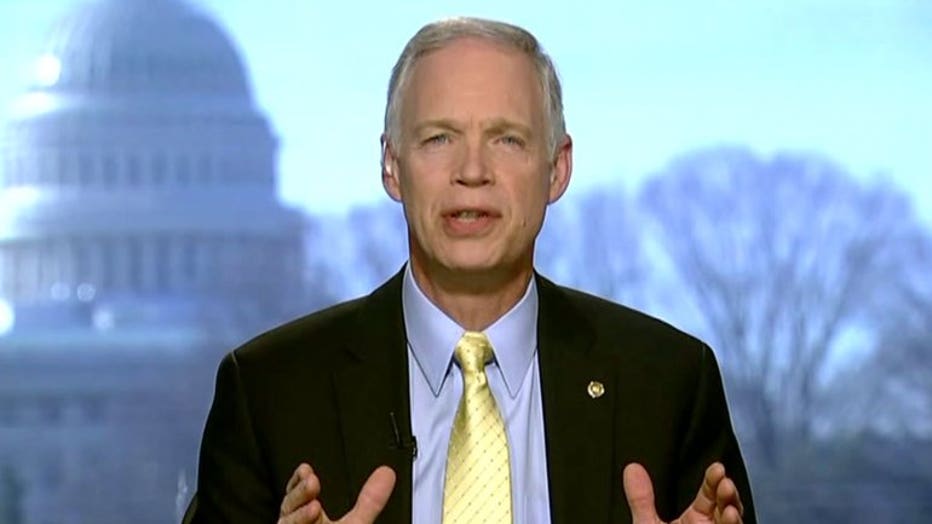 Johnson has acknowledged in interviews that he hoped to complete the report before the election, telling The Associated Press last month that the “American people deserve the truth” about his probe. But he has also been on the defensive over Democratic accusations that his investigation was serving to amplify Russian disinformation, and especially after intelligence officials disclosed their concerns about Russian efforts to disparage Biden.

The report acknowledges that criticism but defends the investigation as a “good-government oversight” probe that relies on information from U.S. officials, not foreign ones.

In scrutinizing Hunter Biden's financial dealings, the report details extensive payments to business interests from entities in Ukraine, Russia, and China that its authors say raise counterintelligence and extortion concerns.

But the crux of the document is that Hunter Biden's lucrative involvement with the gas company Burisma posed a conflict of interest because Biden was vice president at the time and dealing with Ukraine policy.

It cites concerns from two officials, including one, George Kent, who was among the witnesses at the impeachment proceedings against President Trump last year. In one 2016 email, Kent, the former acting deputy chief of mission at the Kyiv embassy, described the presence of Hunter Biden on the Burisma board as “very awkward for all U.S. officials pushing an anticorruption agenda in Ukraine.”

But the report also quotes Kent as telling lawmakers that there was never an occasion in which the embassy made a decision “where we took the presence of a private citizen on the board into account.”

Another State Department official, Amos Hochstein, is described in the report as having raised concerns directly to Biden because he was concerned that Russians were using his son's role with the company to sow disinformation.

The report says that even though State Department officials regarded the head of the company, Mykola Zlokevsky, as corrupt, Biden did not confront him or link him to corruption.

“What the chairmen discovered during the course of this investigation is that the Obama administration knew that Hunter Biden’s position on Burisma’s board was problematic and did interfere in the efficient execution of policy with respect to Ukraine,” the report says.

Even so, the Republican senators acknowledge that the extent to which Hunter Biden's role on the board affected Ukraine policy is “unclear." The report does not suggest that specific policy decisions were influenced by Biden's position.

Notably, the report makes limited mention of the claim by President Trump and some supporters that Biden pressured Ukraine to fire its top prosecutor, Viktor Shokin, as a way to stymie an investigation into Burisma's owner. The allegations were central to the impeachment case after President Trump asked Ukraine's president in a telephone call last year to investigate the Bidens.

The report includes only six references, including in footnotes, to Shokin and does not expose new information about any role Biden may have had in his ouster.

The Biden campaign pointed to news reports and public statements showing there was no active investigation into Burisma at the time of Shokin's ouster in 2016, and that the firing of Shokin was broadly sought by U.S. and European officials and reflected the official Obama administration policy.

There is no evidence of wrongdoing by the Bidens, and Hunter Biden has denied using his influence with his father to aid Burisma. But Republicans who came to President Trump’s defense in this year’s impeachment trial asked for further investigations of his activities. Johnson, a close ally of President Trump, took the lead.

“As the coronavirus death toll climbs and Wisconsinites struggle with joblessness, Ron Johnson has wasted months diverting the Senate Homeland Security & Governmental Affairs Committee away from any oversight of the catastrophically botched federal response to the pandemic, a threat Sen. Johnson has dismissed by saying that ‘death is an unavoidable part of life,'" Biden campaign spokesman Andrew Bates said in a statement.