OCONEE COUNTY, Ga. - A security director at an assisted living home in Oconee County is behind bars, charged with stealing thousands of dollars in jewelry from residents and patients.

Oconee County Sheriff Scott Berry said John Shirley, the security I.T. director at St Gabriel of Athens, took advantage of his position to steal thousands of dollars worth of jewelry from unsuspecting victims.

He said Shirley had easy access to the rooms at the assisted living and memory care center.

He said Shirley was arrested Wednesday after an investigation revealed he gained access into rooms and stole some $35,000 worth of jewelry -- rings, watches, necklaces and the like.

“We have around ten victims or so. We think it just came right out of the rooms, he would literally go in the rooms and take it,” said Sheriff Berry.

He said there’s a pattern of activity suggesting Shirley had been stealing from residents and patients at St. Gabriel of Athens since the first of the year.

Lindsay Payne, The Executive Director said the victims were told of Shirley’s arrest.“ I think they can probably tell you they’re happy to have some justice and plan to stay with us,” said Payne.

She told FOX 5 News she could not discuss Shirley’s length of employment or if a background check had been conducted on him.

Sheriff Berry said their investigation revealed Shirley did have a prior felony conviction.

“A normal background check would not have discovered his prior felony conviction because of first offender treatment,” said Sheriff Berry.

Shirley remains behind bars on charges of Felony theft, exploitation of a disabled person and burglary.

Sheriff Berry said the items stolen appeared to have been pawned and that the search for more victims continues. 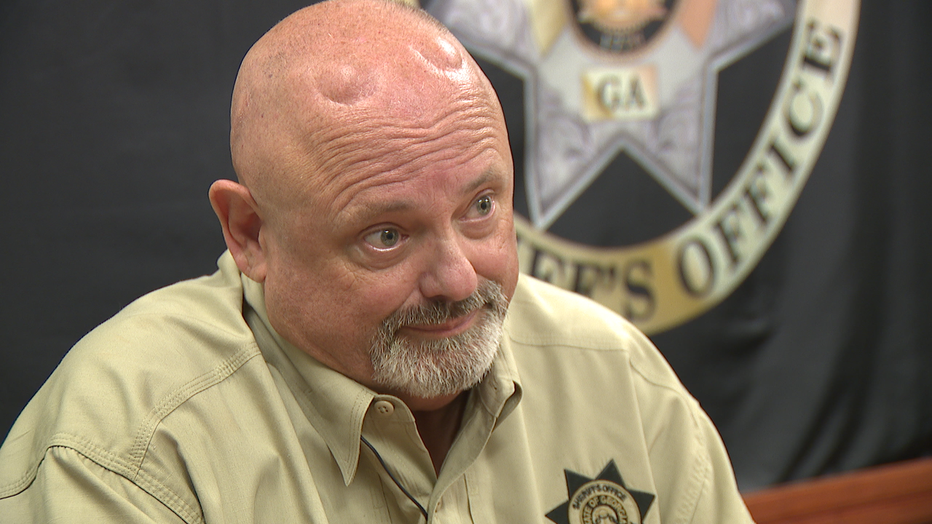