2 arrested accused of holding women against their will

Police in Lilburn say they raided a house after two women said they escaped a home where they were being held against their will. Two men were taken into csustody.

Police said the investigation started on September 11 when a 19-year-old woman called 911 claiming she had escaped from the house where she was being held against her will.

Police said the women did not know each other, were likely held against their will, and possibly sexually abused in different areas of the property.

The large plot of land along Hood Road is surrounded by trees and took dozens of officers from both Lilburn and Gwinett County police departments to search it.

“Criminal investigations unit has been working on a case involving false imprisonment. A lady was held against her will in this house, possibly sexually abuse for 5 to 6 weeks we believe,” said Captain Scott Bennett with the Lilburn Police Department. 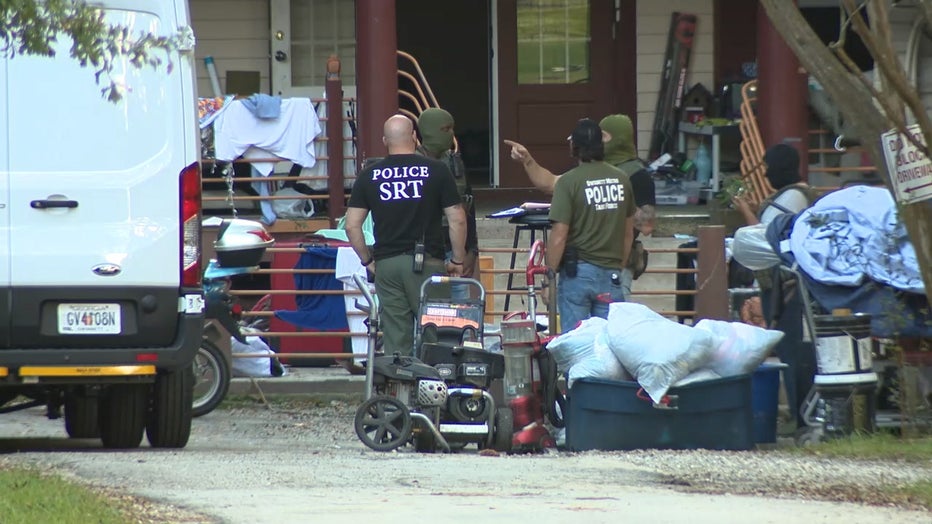 Authorities obtained a warrant last week that they planned on serving Wednesday but a second woman in her 40s, who appears to have escaped Tuesday, prompted them to move up their search.

“This morning, we encountered another female, during our regular duties, who told us that she also had been kept against her will in this house and possibly sexually assaulted,” said Captain Bennett.

Tuesday’s search led investigators to a third woman who was in the home at the time the warrant was served.

Also in the home were suspected substances such as a significant amount of suspected methamphetamine, police said

The area is typically a quiet family residential area and police said is not a source of crime.

Police said two men are in custody, suspected of holding those three women against their will. Their names and mugshots have not yet been released.