Police are searching for hotel thief

Police in Henry County are searching for a robber armed with a purple gun who targeted a hotel.

MCDONOUGH, Ga. - A hooded, masked thief used a unique weapon to rob a grandmother working at a hotel at gunpoint. The man asked Lakeesha Grant to use the phone until all the guests left, then pointed a purple and black gun at her and demanded cash.

Grant said the man came inside the lobby, left and then came back several moments later. She said she felt unsettled when he returned but never imagined this would turn into such a violent encounter.

A man--dressed in a black hoodie--asked grant about a room, left the hotel, then came back--asking for a favor.

"He was just like ma'am, I just need to call my ride, and there were still customers moving in the lobby, so I didn't feel threatened," said Grant.

The moment the lobby was empty, the conversation changed.

"That's when he was like, 'I just need you to cooperate,' and I swear, all the blood rushed from my head to my feet, I just near about passed out," said Grant. "Then, I saw the gun."

The robber then pointed a purple and black gun towards her, demanding cash in the register and the safe.

"What really made me nervous about the whole situation was at first he was really calm, but when I said I didn't have the pin number to that safe he said, 'Don't make me do something I don't want to do,' and that's when everything, my kids, my grandbaby, everything flashed in my head," said Grant.

Grant said she promised the man she couldn't get into the safe or erase the security video, and that's when he told her he wouldn't hurt her.

"He said, 'I'm not gonna do anything to you because you look like you're somebody's mama,' and he told me to stand in the double doors and stay there he walked out," said Grant. 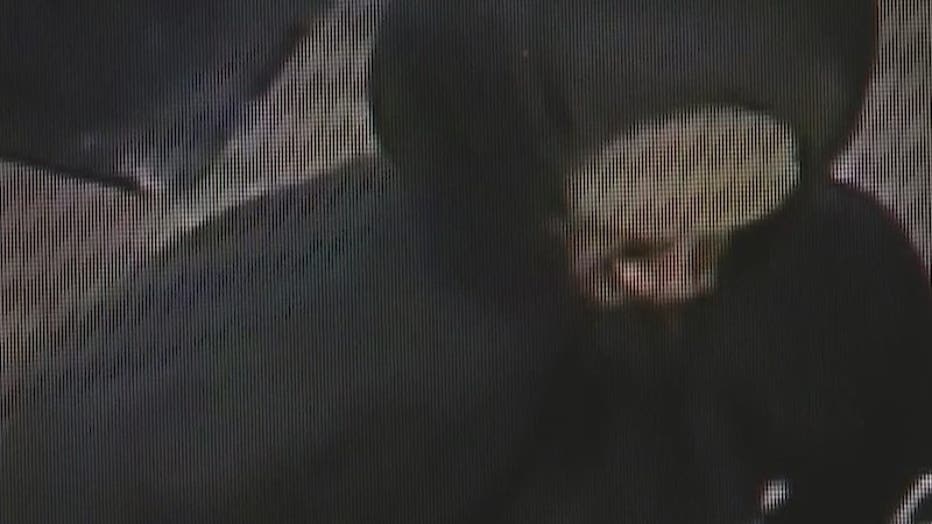 Then, the crook took off with less than 200 dollars in cash in a silver or gray sedan. McDonough Police believe the car is a newer model Toyota or Lexus.

"There's more than one person involved, " said Detective William Poss of the city of McDonough Police Department. "He ran out to a passenger side of the vehicle, so we know there's multiple people," said Detective Poss.

Officers said the man appeared to have on a black Adidas hoodie and red pants.

Grant said she just hopes someone spots these dangerous crooks before they do this to someone else.

"If you don't have respect for someone else's life, you need to be off the streets," said Grant.

McDonough Police ask anyone who recognizes the car or the man with the purple gun to call police immediately.