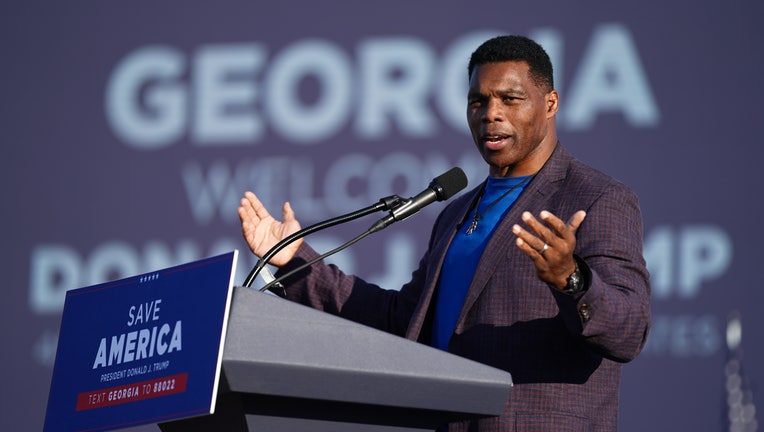 MARIETTA, Ga. - Georgia Agriculture Commissioner Gary Black said Thursday that GOP rival Herschel Walker’s history of violence against women should disqualify him from being a U.S. senator, saying that Republicans should discuss Walker’s problems now to avoid fatal Democratic attacks against a flawed candidate in the fall.

"If he were a member of the United States Senate today and if he had committed the acts that he’s admitted to, he would be removed from office," Black told reporters after touring a domestic violence center in the Atlanta suburb of Marietta. "Yes, I do believe those activities, that behavior, is disqualifying."

Walker, a former football great, launched his campaign in late August. He initially raised GOP worries as a Donald Trump-backed candidate who had minimal screening and political experience, but Republicans have increasingly been closing ranks behind him, with Senate Minority Leader Mitch McConnell endorsing Walker on Wednesday.

The candidate has admitted to violent urges in his 2008 book "Breaking Free," which disclosed that he had been diagnosed with dissociative identity disorder. But Walker’s violent behavior continued well after 2001, when he said Christian faith and therapy helped him turn his life around, according to court records obtained by The Associated Press.

"Desperate campaigns do desperate things. Gary Black’s campaign is struggling ... ," Walker spokesperson Mallory Blount wrote in an email. "This is the exact type of politics Americans hate and it is exactly why Herschel is running for Senate." 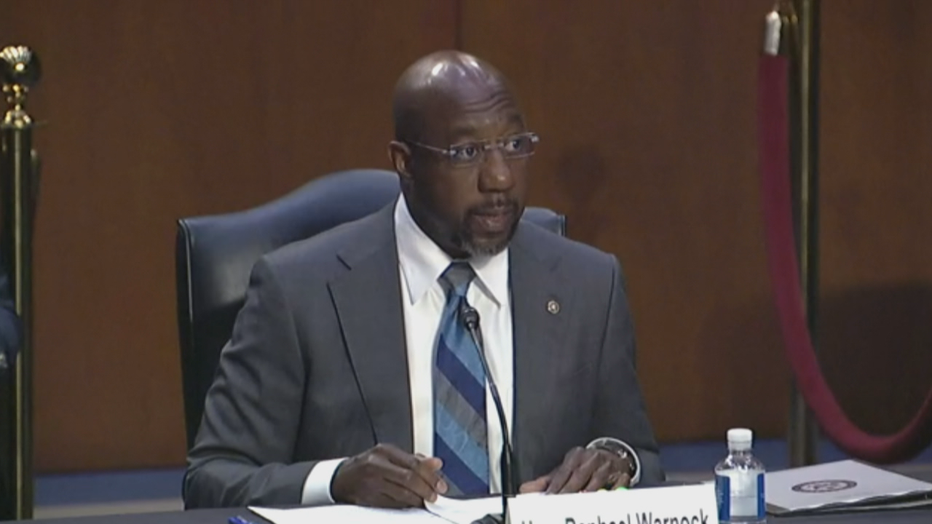 Black, one of three other declared Republican candidates in the 2022 Senate race, said it’s a "miscalculation" to think Democratic Sen. Raphael Warnock and his allies won’t unleash a flood of attacks if Walker wins the nomination, saying Republicans especially stand to lose the votes of women.

"Is there anyone doesn’t think that they’re not hundreds of millions of dollars that will be prepared to address this in the fall, as opposed to us as a Republican Party and conservative leaders having an honest conversation about it right now?" Black asked. "How foolish it would be to postpone such an activity. I’m very interested in knowing now. Republican primary voters want to know what they’re getting into."

Walker’s ex-wife, Cindy Grossman, noted his outbursts in their divorce proceedings, telling of "physically abusive and threatening behavior." In 2005, four years after she had sued for divorce, Grossman returned to court for a protective order after Walker repeatedly voiced a desire and an intent to kill her and her boyfriend.

According to an affidavit from Grossman’s sister, Maria Tsettos, Walker called looking for his ex-wife while she was out with her new boyfriend. Tsettos took the call and said Walker became "very threatening" when told of Grossman’s whereabouts. In Tsettos’ recollection, Walker "stated unequivocally that he was going to shoot my sister Cindy and her boyfriend in the head."

Walker contacted Tsettos another time and repeated the threats in graphic terms and, according to Grossman’s account to the court, Walker confronted her in public later that day: He "slowly drove by in his vehicle, pointed his finger at (her) and traced (her) with his finger as he drove."

In granting a protective order against Walker, a Texas judge stripped Walker’s rights to possess a firearm for a time.

Walker told in his book of as many as a dozen personalities — or "alters" — that he had constructed as a defense mechanism against the bullying he said he endured as a stuttering, overweight child. The National Alliance on Mental Illness describes the disorder as "alternating between multiple identities," leaving a person with "gaps in memory of every day events." It notes men with the disorder often "exhibit more violent behavior rather than amnesia."

Walker wrote that he decided in 2001 that "it was time to stop running and face some harsh realities," citing an incident where he was driving his car to confront a man who had "messed up my schedule" and thinking about what it would be like to shoot the man. Walker changed course, he wrote, after seeing a bumper sticker with the message "SMILE. JESUS LOVES YOU."

Black said he respects people coping with mental illness but suggested that some of them should not be senators.

"It’s just that maybe you should go help other people that have the same problems," Black said. "I don’t believe that your part of public service includes serving in the United States Senate."